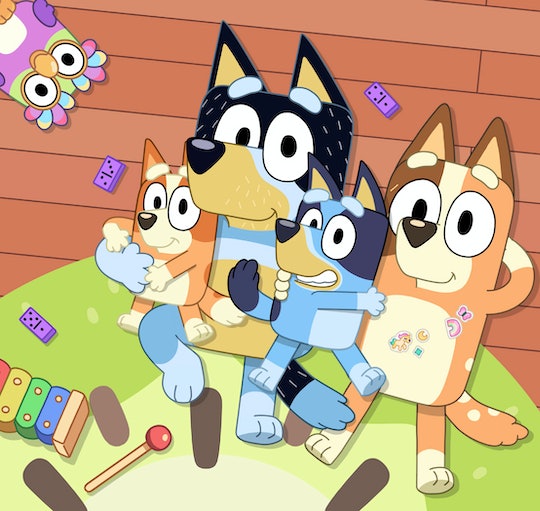 Wackadoo! Bluey Is Coming To The States For Its First-Ever Live Show In The U.S.

The Bluey crew is heading stateside this fall!

This fall, get ready to see your favorite show... I mean... your kid’s favorite show live in a city near you. Chilli, Bandit, Bingo, and Bluey herself are making the long trip from Down Under to appear in a live puppet show called Bluey’s Big Play The Stage Show.

Tickets will be available starting in late-May, and the tour kicks off on Nov. 18 in New York City at Hulu Theater at Madison Square Garden. While we’ll get to see some of our favorite Bluey moments (yes, of course Rita and Janet aka “The Grannies” will make an appearance), Bluey's Big Play is based on an original new story from series creator Joe Brumm and first ran in the Heelers’ hometown of Brisbane. It went on to perform 447 times across 65 venues, including the Sydney Opera House!

Bluey’s Big Play is presented by BBC Studios and Andrew Kay in association with Windmill Theatre Co. In a statement, director Rosemary Myers of Windmill Theater Co. said the show is excited to make its U.S. debut.

“After seeing the amazing reaction the show received during its Australia run, we are delighted to bring this standout live theater show to U.S. audiences,” Myers said. “We know how much love there is out there for Bluey and are thrilled and honored to translate these brilliant characters into the three-dimensional world and to share this special experience with fans throughout America.”

While the Emmy Award-winning series, which airs on Disney Junior, Disney Channel, and is available to stream on Disney+, is aimed at preschoolers, Bluey has been praised by critics and parents alike for its heartwarming, funny, but honest portrayal of family life. And, let’s be honest here, if you mean to tell us you’re not sobbing like a toddler after watching episodes like “Flat Pack,” “Sleepytime,” or “The Show” we all know you’re lying.

More information, dates, and venues can be found at the live show’s website, which is also where you’ll be able to purchase tickets starting in late May 2022.