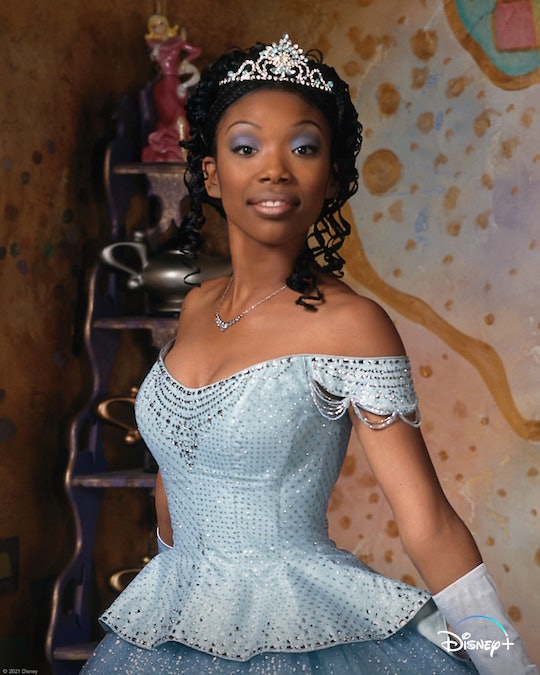 It's Possible! Rodgers & Hammerstein's Cinderella Is Coming To Disney+

"It's possible! Things are happening every day!"

After years of "zanies and fools, who don't believe in sensible rules," Rodgers & Hammerstein’s Cinderella will stream on Disney+, so mark your calendars now.

Disney broke the long-awaited news on Feb. 4 via Twitter. The company announced that Rodgers & Hammerstein’s Cinderella starring Brandy and Whitney Houston, which first debuted during ABC’s The Wonderful World of Disney in November 1997, will be available to stream at the "stroke of midnight on Feb. 12."

The live-action fairy tale adaptation arguably included one of the most diverse casts a Disney-movie has ever seen. The cast included Whoopi Goldberg, Victor Garber, Bernadette Peters, Paolo Montalban, Jason Alexander, Veanne Cox, and the late Natalie Desselle Reid and Houston as the fairy godmother. R&B singer Brandy Norwood also made history as the first Black actress to portray Cinderella on television.

"Wow God!!!! Wow @WhitneyHouston!!!! Wow @DisneyPlus!!!! This is truly touching and magical," the 41-year-old singer captioned the announcement shared on her Instagram page. "Thank you so much to everyone who helped make what seemed #IMPOSSIBLE#Possible."

The Moesha star first initiated the movie's push to Disney last year. While promoting her album, B7, she told Rolling Stone she had "no idea" why the movie wasn't picked up at the time. "I have no idea why isn’t it on Disney+," she told the magazine in July 2020. "It should be on there because it’s Whitney Houston alone. You know what I mean? All by itself, just because it’s Whitney Houston. So, I don’t know." Fast-forward seven months — it's possible!

During a virtual interview on ABC's The View on Feb. 4, with fellow Cinderella co-star, Whoopi Goldberg, the "Have You Ever" singer and mother of one, expressed her appreciation to fans and Disney for finally listening. "I’m so excited that Cinderella has a home now at Disney+ and we can celebrate, and share, and inspire a whole new generation," Brandy said.

The Rodgers & Hammerstein adaption has been a long-time representation for young girls since its premiere 24 years ago — specifically for young girls of color. Actress Keke Palmer, who went on to become the first African American to portray Cinderella on Broadway has previously said it was Brandy's original role that inspired her. "I feel like the reason I’m able to do this is definitely because Brandy did it on TV," Palmer told Vanity Fair in 2014. "In me doing this, it shows everybody that everything is possible."

Social media influencer and photographer, Symone Seven, who went viral last year with her creative take on the Disney princess, was also inspired by the 1997 movie. "Little girls, they love Disney princesses, even to this day I still love my Black Cinderella (Brandy),” she told RoyalTee Magazine last May.

Rodgers & Hammerstein's Cinderella will be part of Disney+'s "Celebrate Black Stories" collection and you can start streaming it with your family on Feb. 12.

More Like This
Marcel The Shell Is Officially An Oscar-Nominated Movie Star
Watch An Exclusive Sneak Peek At 'The Amazing Maurice'
Marcel The Shell Is Heading To The Oscars!
Pixar’s 'Turning Red' Is Nominated For An Oscar — Here’s How To Watch It Right Now
What Parents Are Talking About — Delivered Straight To Your Inbox