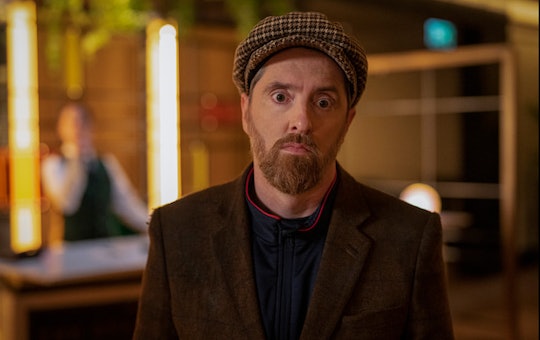 Brendan Hunt From Ted Lasso Is A New Dad

He and his wife welcomed a baby this year.

Brendan Hunt is having one heck of a year. Not only has Ted Lasso, the Apple TV+ show he co-created with longtime friend Jason Sudeikis, broken the record for most-nominated freshman TV show in Emmy history, he was also nominated for four Emmys himself. Two for writing, one for Outstanding Series, and finally Best Supporting Actor for his role as Coach Beard. Oh yes, and Brendan Hunt and his wife also had their first child. What a ride it’s already been for one of the quietest, most understated members of the Ted Lasso crew. A man who was already playing a father figure quite beautifully even as he was preparing to become a father himself.

Hunt’s character Coach Beard might be one of the quieter characters on the show, but he is arguably also the most paternal. Perhaps more so than Sudeikis’ Ted Lasso, as Beard spends a lot of time as assistant coach managing everyone’s problems and expectations. Even Lasso’s. Hunt’s role as the stoic, silent Coach Beard is actually the anchor of the show in many ways, and arguably could have helped him to prepare for his biggest real-life role yet. Fatherhood.

Hunt is married to actress and producer Shannon Nelson, who has appeared in Drop Dead Gorgeous and Alice And The Monster. The couple keep details of their married life out of the media, but both are pretty comfortable sharing photos of their time together as a family. Especially since becoming parents. On Mother’s Day Hunt shared a snap of the family together with a glass of bubbly and the caption, “Celebrating our favorite mom. Classy style.”

Stuck In The U.K.

Brendan Hunt was stuck in the U.K. with his baby boy.

Hunt keeps his private life out of his interviews about his hit show Ted Lasso for the most part. But back in May, when he and wife Shannon Nelson were trying to get home, he actually broke his seal of Coach Beard-like silence to get his baby boy back into the United States after filming in the United Kingdom. “Dear Biden Administration,” he wrote on Twitter. “Please make it easier for Americans who have a baby while working abroad to get formal US citizenship for said baby so they can get a passport and be allowed to go to the US. Love, An American dad whose 14 week-old son currently can't leave the UK.”

Brendan Hunt is a proud dad.

Along with all of those adorable Instagram snaps, Hunt sometimes can’t seem to stop himself from sneaking in a little comment about the newest addition to the family, his 7-month-old baby, whose name is Sean per Nelson’s Instagram bio. When he found out about all of those Emmy nominations, he told The New York Times in July, “I was kind of thinking I’d just sleep through the nominations, but of course I have a five-month-old at home who would laugh at such plans. My manager texted me, so I found out the old-fashioned way of FaceTime. It’s all just disorienting and nice.”

Hunt’s role as Coach Beard on Ted Lasso could actually be a useful tool for him. As little Sean grows, perhaps some of that supportive, quiet, sage wisdom will filter into his own real life parenting. And if it does, what a lucky little boy he will be.