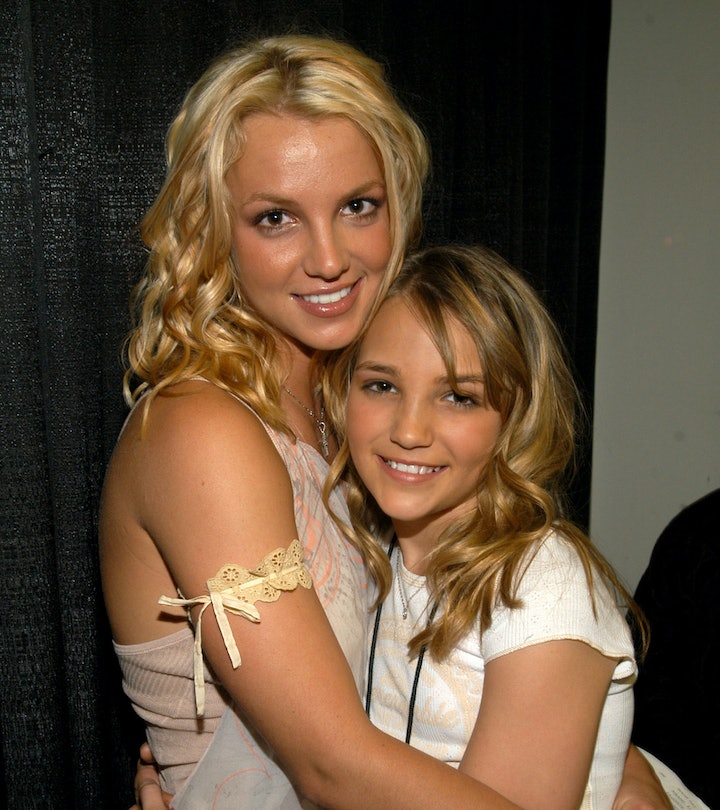 It seems the sisters have a very special relationship.

Did Britney Spears play a role in raising her younger sister? The pop singer has certainly hinted that she did. In a birthday message shared on Instagram, Spears said she was “basically” Jamie Lynn Spears’ “momma.”

“Happy belated birthday to this beautiful soul,” Spears wrote when sharing a throwback photograph of herself with a much younger Jamie Lynn (and ex-boyfriend Justin Timberlake) at her 2001 album launch party. “I love you so much and damn it I wish I was as smart as you at 30! It's weird to say that I was basically your momma when you were younger and yes I'm still older but your soul is and always has been wise.”

While this may be the first time Spears has publicly mentioned feeling like her younger sister’s “momma,” it’s actually not the first time the Spears family has touched on the role the pop star played in her younger sibling’s life. In the 2016 documentary, Jamie Lynn Spears: When the Lights Go Out, Jamie Lynn revealed Spears, who is about 10 years older, has always been motherly toward her.

“Me and my sister just have a really special relationship,” Jamie Lynn said in the documentary. “There’s a big age difference there so she’s been very motherly to me.”

And it seems as if even the sisters’ parents would agree with Spears’ claim that she was Jamie Lynn’s “momma.” In an interview for When the Light Go Out, the girls’ father James “Jamie” Parnell Spears described Spears as Jamie Lynn’s “second mother.”

Even their mother Lynn Spears has commented on how Spears took charge of certain care-taking duties. “She was everybody’s baby,” Lynn said of Jamie Lynn in When the Lights Go Out. “Britney would dress her up before we’d go to school.”

When Spears skyrocketed to fame following the release of her debut album “...Baby One More Time” in 1999, Jamie Lynn often accompanied her and mom Lynn on tours and promotional appearances. In fact, Jamie Lynn told the Guardian last year that it was watching her sister become famous that made her want to become a star as well.

“She’d created so much power for herself,” Jamie Lynn told the paper of Spears while recounting an incident in which the fans had surrounded the sisters’ car. “At that moment I knew I wanted it, too.”

Throughout their own individual journeys with fame, the sister have always been vocally supportive of each other. In fact, while wishing her sister a happy birthday over the weekend, Spears said she was “genuinely inspired” by Jamie Lynn and the life she’s created for herself and her children.

“Not only are you a beautiful soul you're so DAMN STRONG,” the pop star wrote. “I wish I was as strong as you.”