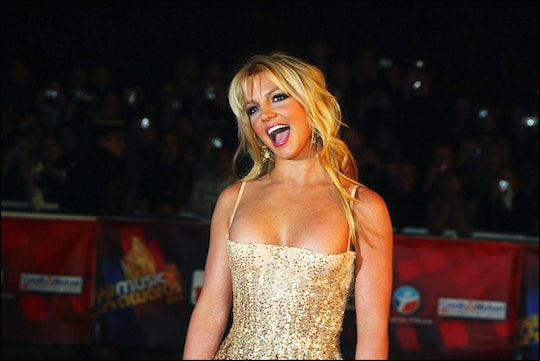 Britney Spears Has Broken Her Silence On Documentary

“I cried for two weeks.”

Over a month after Framing Britney was released, Britney Spears broke her silence on the documentary. The singer admitted in a lengthy Instagram post that she did not, in fact, watch the entire New York Times documentary, but the parts she did see left her crying “for two weeks.”

Framing Britney, which was released on Hulu and FX in February, looks back at the making of Spears as a young female pop star in the ‘90s and the ongoing battle of her conservatorship in the years since. The documentary was particularly focused on Spears’ frequent attacks in the media, many of whom appeared to relentlessly criticize and mock her for her personal life and mental health struggles, even as she was a young woman trying to navigate motherhood. In 2007, Spears and her ex-husband Kevin Federline were locked in a custody battle over their two sons, Sean Preston and Jayden, and the young mom was followed by paparazzi as she appeared to struggle with her mental health.

Spears has remained silent since the airing of the documentary, even as social media was rife with people calling out her treatment by people like her former boyfriend Justin Timberlake and comedian Sarah Silverman, both of whom have since apologized.

The Framing Britney documentary shed some light on Spears’ treatment over the years, but it still apparently left her upset. On Wednesday, the Grammy award-winning singer finally broke her silence with an Instagram post.

While sharing a video of herself dancing to Aerosmith’s song “Crazy,” Spears addressed her time in the spotlight. “My life has always been very speculated ...watched ... and judged really my whole life !!!,” she wrote,” “I have been exposed my whole life performing in front of people!!! It takes a lot of strength to TRUST the universe with your real vulnerability cause I've always been so judged... insulted... and embarrassed by the media... and I still am till this day!!!!”

“I didn't watch the documentary,” Spears continued, “but from what I did see of it I was embarrassed by the light they put me in ... I cried for two weeks and well .... I still cry sometimes!!!!”

While Spears officially addressed the documentary on Wednesday, back in February she appeared to allude to it in a tweet. “Each person has their story and their take on other people’s stories !!!! We all have so many different bright beautiful lives,” she wrote at the time. “Remember, no matter what we think we know about a person's life it is nothing compared to the actual person living behind the lens!!!”

After spending most of her life in the public eye, who can blame Spears for wanting to just dance off some of her anxiety and cry sometimes? As Spears wrote in her Instagram post this week, “I do what I can in my own spirituality with myself to try and keep my own joy ... love ... and happiness!!!! Every day dancing brings me joy !!! I'm not here to be perfect ... perfect is boring ... I'm here to pass on kindness.”