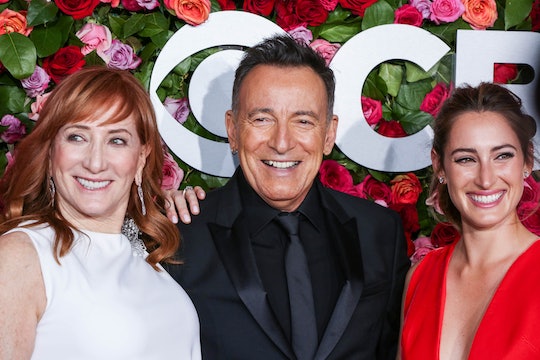 Bruce Springsteen’s Daughter Is Heading To The Tokyo Olympics

Along with her horse Don Juan.

While the Summer Games can finally happen in Tokyo, Japan this summer, family and friends of athletes will not be allowed to attend to cheer them on in-person due to COVID-19 precautions. Which is a real shame, since Bruce Springsteen’s daughter Jessica will compete in the 2021 Olympics. And who doesn’t want to see The Boss in the stands, cheering on his daughter, one of the top equestrians in the country?

Jessica Springsteen qualified in July to join the U.S. Olympic Equestrian Team this year as a show jumper along with her horse Don Juan van de Donkhoeve for the first time ever, according to CBS News. Springsteen was an alternate for the 2012 Olympics in London but did not qualify to join the 2016 team in Rio de Janeiro. U.S. Equestrian announced on Twitter that Springsteen will join fellow equestrian jumpers Kent Farrington, Laura Kraut, and McLain Ward to represent the U.S. at the Olympic Games at the end of July.

Springsteen shared the exciting news herself on Instagram with a picture of herself astride her horse Don Juan. “Been dreaming of this since I can remember!” she captioned the photo. “Endless gratitude for my team, friends and family for helping me make this a reality. We are Tokyo bound!!”

Jessica Springsteen is going to the Olympics.

It was actually Jessica’s mom Patti Scialfa who initially got her daughter interested in horseback riding when she was a little girl growing up in New Jersey. “I started riding when I was really little. My mom had always wanted to ride so when we moved to New Jersey she started taking lessons," she told People. "Our home is right across the road from one of the top junior training barns — and I went right into that when I was a teenager."

While Scialfa looked at horseback riding as a hobby, Jessica has gone on to become one of the most accomplished show jumpers on the planet. She currently ranks 27th in the world, according to The New York Times, and is considered a real contender to bring home a medal.

Her parents might not be able to join her in Tokyo, but they will most certainly be cheering her on. Just as they always have. “If I can wish for anything for my children,” The “Born To Run” singer told The Express in 2011, “it’s that they can pursue their dreams and know that if things don’t work out, it’s OK. Patti and I will always be there for them.”

Watching their daughter compete in the Olympic Games on television from home this year, but watching nonetheless.