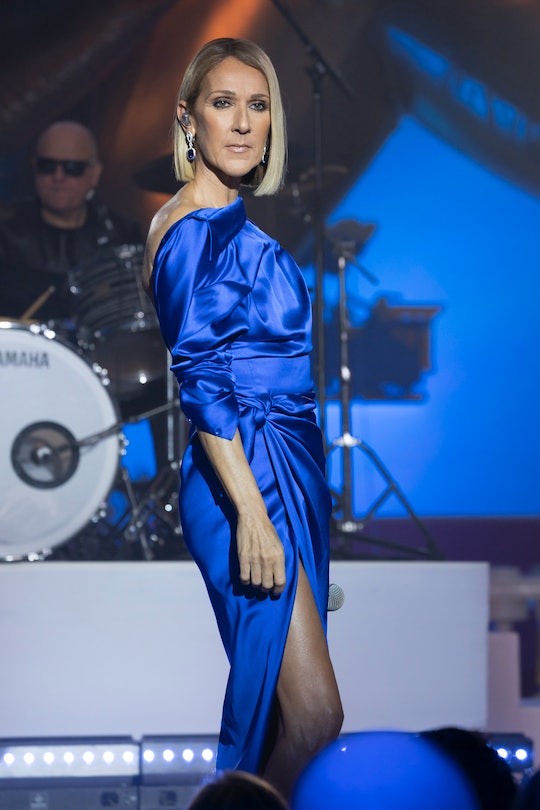 “All I know is singing. It’s what I’ve done all my life and it’s what I love to do the most.”

In an incredibly emotional video posted to social media, international superstar Céline Dion revealed that she is suffering from a very rare neurological disorder called Stiff Person Syndrome. The singer, famous for her five-octave vocal range, also broke the unfortunate announcement to her legions of devoted fans that she has to cancel her upcoming musical performances in Spring 2023 through 2024.

Dressed in all black with her hair pulled back, Dion was incredibly somber in the recent video she posted to Instagram to update her followers on her difficult medical issues. “Hello everyone. I’m sorry it’s taken me so long for me to reach out to you. I miss you all so much and I can’t wait to be on stage talking to you in person. As know I’ve always been an open book. And I wasn’t ready to say anything before, but I’m ready now.”

The “My Heart Will Go On” singer went on to reveal that she has been diagnosed with Stiff Person Syndrome, “which affects something like one in a million people,” Dion said. “While we're still learning about this rare condition, we now know that this is what has been causing all of the spasms that I've been having.”

“Unfortunately, these spasms affect every aspect of my daily life, sometimes causing difficulties when I walk and not allowing me to use my vocal cords to sing the way I'm used to. It hurts me to tell you today that this means I won’t be ready to restart my tour in Europe in February,” she said while choking up. “I have a great team of doctors working alongside me to help me get better and my precious children, who are supporting me and giving me hope.”

The Nevada resident shared that she is working daily with her sports medicine therapist to build up her strength, but admitted she is struggling. “All I know is singing. It’s what I’ve done all my life and it’s what I love to do the most,” said Dion.

“I miss you so much. I miss seeing all of you, being on the stage performing for you. I always give a hundred percent when I do my shows, but my condition is now allowing me to give you that right now. For me to reach you again, I have no choice but to concentrate on my health at this moment. And I have hope that I am on the road to recovery. This is my focus. And I’m doing everything that I can to recuperate.”

Dion ended the video by thanking her fans for their encouragement and love. “‼️Celine Dion reschedules Spring 2023 shows to 2024, and cancels eight of her summer 2023 shows.‼️,” she captioned the post along with an excerpt of the words from her video announcement.

Stiff Person Syndrome is described by Yale Medicine as an “autoimmune and neurological disorder that causes rigidity and spasms in the trunk and limbs.” The website for the clinical practice for the Yale School of Medicine explains that symptoms include stiffening in the torso and limbs along with episodes of severe muscle spasms, and that there is no cure for this neurological disorder.

At such a heartbreaking moment in Dion’s career and life, the one silver lining seems to be that the doting Canadian mother can lean on her three grown sons, René-Charles, 21, and twin 11-year-olds, Eddy and Nelson, who she shared with late husband René Angelil.

While Dion is devastated to be off of the stage while she channels all her energy into her health, thankfully she still has her family. “There is nothing that can top being a mother,” she once told the Daily Mail. We hope Dion can find some solace and the strength in her own words and with the support of her loving sons.

More Like This
Blue Ivy Joined Her Mom Beyoncé On Stage To Perform “Brown Skin Girl”
Zoe Saldaña Shared A Rare Video Of Her Three Sons Recreating A 'Zoolander' Scene
Freeze! The Single From The New 'Bluey' Album Just Dropped
The Purple Wiggle Is A Total Thirst Trap & Moms Are Drinking Him Up
What Parents Are Talking About — Delivered Straight To Your Inbox