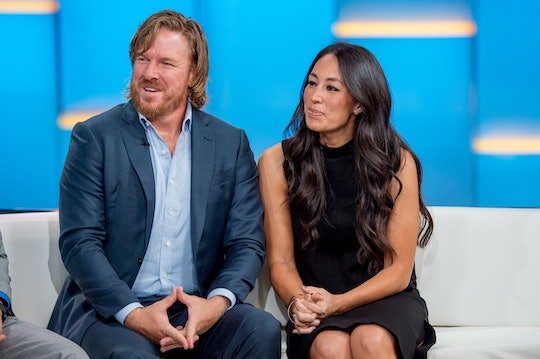 Chip and Joanna Gaines are two busy people. Somehow the couple manages to juggle their own TV network, cooking show, collection of businesses, and home renovations, all while raising their five kids. But on Father’s Day this year, Chip Gaines slowed down and spent some quality time with his kids. Quality time that included getting a new hairdo from his daughter.

How exactly did they relax? Chip sat on the couch and watched the College World Series on Sunday, while his daughters braided his hair before he took them shopping. “You’re the best kind of dad,” Joanna wrote in the caption of her Father’s Day post on Instagram. “The kind that lets his daughters french braid his hair right before you take them shopping (even if the College World Series is on). We sure love you, Chip Gaines.”

Chip also got some solid nap time in with Crew. And while he seemed to thoroughly enjoy his Father’s Day, he also poked fun at Joanna when she snuck in a nap of her own. “Looks like Joanna Gaines is enjoying her Father’s Day!,” he joked in the caption of the photo. “Meanwhile...I’m STARVING.”

“She has a great cookbook,” one follower joked in the comments. “You should check it out.”

But he didn’t just relax all day; he had to work a bit, too. Joanna’s Instagram Story revealed that Chip was on “fly patrol” during Father’s Day, and had to kill flies in the home with their fly swatter. “It’s basically become a sport and now we all just sit back and watch him swat flies,” Joanna wrote over a video of Chip swinging the fly swatter.

Between napping on the couch and protecting the family kitchen from flies, it seems like Chip Gaines had the best Father’s Day.