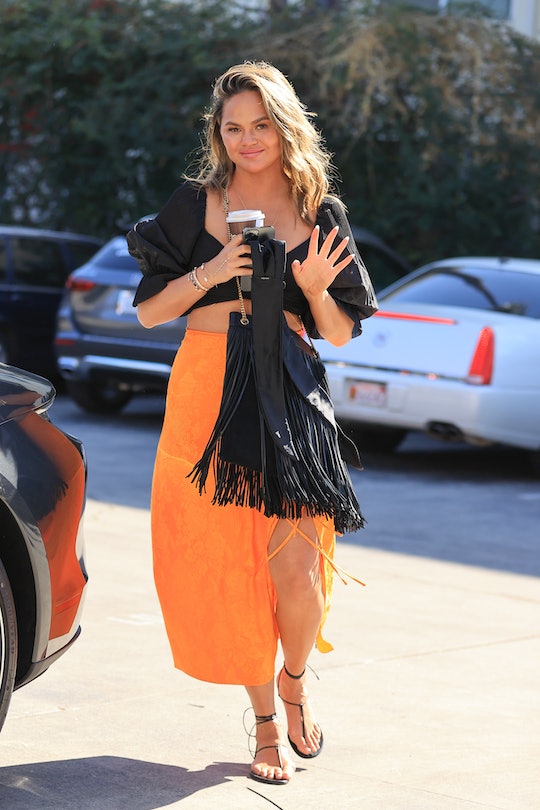 Chrissy Teigen has issued a lengthy apology for what she called her “awful, awful” tweets more than a month after she was called out for being a cyberbully. In an essay shared to Medium on Monday, Teigen admitted insecurity and immaturity had previously led her to believe publicly poking fun at other celebrities might make her seem edgy and cool. Now a mom, Teigen said she’s teaching her kids kindness and hoping they’ll come to see she’s evolved away from being an internet troll.

“There is simply no excuse for my past horrible tweets,” Teigen wrote in an apology essay posted to Medium on Monday. “My targets didn’t deserve them. No one does. Many of them needed empathy, kindness, understanding, and support, not my meanness masquerading as a kind of casual, edgy humor.”

Teigen was first accused of using Twitter to bully others in March by Courtney Stodden, who first rose to fame in 2011 as the then 16-year-old child bride of then 51-year-old actor Doug Hutchison. Stodden slammed Teigen’s decision to quit Twitter after coming to feel “deeply bruised” by negativity on the social media platform as hypocritical given the model’s earlier tweets. In a video shared by TMZ, Stodden claimed Teigen repeatedly sent them hurtful and hateful messages over Twitter in 2011 and 2012, including one wishing they’d take a “dirt nap.”

While Teigen eventually returned to Twitter in mid-April, she didn’t stay for long as news outlets like The Daily Beast began digging into Stodden’s accusations against Teigen. Within a month, Teigen’s Twitter account would go silent once more.

On Monday, Teigen returned to social media with a Medium post in which she admitted she’d first used Twitter as a way of gaining attention, often at someone else’s expense. “I was insecure, immature, and in a world where I thought I needed to impress strangers to be accepted,” she wrote. “If there was a pop culture pile-on, I took to Twitter to try to gain attention and show off what I at the time believed was a crude, clever, harmless quip. I thought it made me cool and relatable if I poked fun at celebrities.”

In reality, Teigen said she was nothing short of an internet troll. “I was a troll, full stop,” she wrote. “And I am so sorry.”

As a result, she’s sought to impress upon her children — 5-year-old Luna and 3-year-old Miles — the importance of always being kind. “John tells me almost every day how much our daughter Luna reminds him of me,” she wrote. “Every day, I try to make sure she’s all the best parts of me, all the things I aspire to be all the time, but fail at sometimes. And we preach kindness to her and Miles every chance we get. Will they eventually realize there is some hypocrisy there? I certainly do. But I hope they recognize my evolution.”

“My goal is to be so good that my kids will think this was all a fairy tale,” she added.

More Like This
Ciara’s Kids Make The Sweetest Cameo In Her New Song “Treat”
Cardi B Went ALL Out To Celebrate Her Husband Offset On Father's Day
Kylie Jenner Shared A Precious Photo Of Her Baby Boy Snuggled On Travis Scott's Chest
Sarah Michelle Gellar Is Facing A Terrifying Parenting Milestone: Sleep Away Camp