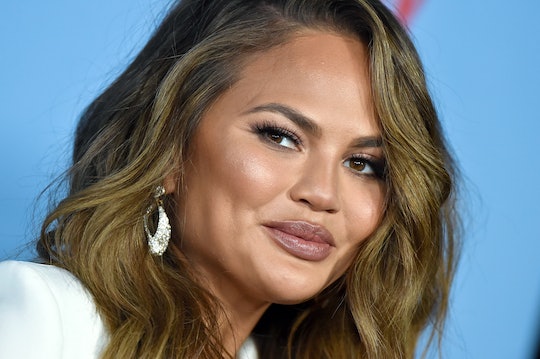 Chrissy Teigen Shares The Heartbreaking Reason She Deleted Her Twitter

“I've always been portrayed as the strong clap back girl but I'm just not.”

After 10 years as the reigning mayor of the social media platform, Chrissy Teigen has quit Twitter. In a thread explaining her decision to her millions of loyal followers, the mother of two explained that she has been “deeply bruised” by her time on Twitter and felt it was time to “say goodbye.”

Teigen’s exit from the site is certainly bittersweet; she’s delighted her followers with her sense of humor for years. Who can ever forget her adventure scouring the internet to find ripe bananas for banana bread? Or all of her hilarious tweets about parenting 4-year-old daughter Luna and 2-year-old son Miles?

The Cravings cookbook author has also been vulnerable in ways that have often been inspiring, notably when she lost her son Jack at 20 weeks gestation and opened up about the heartbreaking experience. While some criticized her for being so candid, many applauded her for opening up a conversation about that kind of grief. Now, however, Teigen’s delightful and honest Twitter conversations will be no more.

“Hey. For over 10 years you guys have been my world,” Teigen began in a thread on Wednesday. “I honestly owe so much to this world we have created here. I truly consider so many of you my actual friends.”

“This no longer serves me as positively as it serves me negatively,” she continued, “and I think that’s the right time to call something.”

“Your words matter,” Teigen reminded her 13 million followers. “No matter what you see, what that person portrays, or your intention. For years I have taken so many small, 2-follower-count punches that at this point, I am honestly deeply bruised.” Teigen added that she has never fully learned how to “block out the negativity.”

Shortly after her announcement, many of Teigen’s fans shared their sadness about her departure from Twitter and called out those who had essentially “bullied” her off the platform.

“So Chrissy Teigen deleted her account,” @meralee727 tweeted. “So basically a woman of color who is grieving the loss of a child and simply wanted to share funny thoughts and yummy recipes was bullied to such an extreme that she had to leave in order to protect her mental health. Good job sucky people.”

“Chrissy Teigen was truly a light on this hellsite.” @BriannaWu tweeted. “A good person who made this last year a little less dreadful. Every one of you that harassed her over her miscarriage, her story of being overcharged for a bottle of wine, and other petty nonsense should be ashamed of yourself.”

Another called out the wider issue of online bullying in relation to Teigen’s departure. “I really liked Chrissy Teigen, she was fun and it sucks she deleted her account,” @WorldofIsaac tweeted. “The problem isn't just the anonymous trolls, we know about them. It's the user who takes your mistakes, your flaws, your missteps and magnifies it 1000x. Teigen wasn't infallible, neither are you.”

Teigen has been criticized on Twitter for a slew of reasons. Most recently, she took heat for a new partnership with her longtime friend Kris Jenner to sell plant-based cleaning products. Some Twitter users accused her of trying to profit at a time when so many people are experiencing financial turmoil. Teigen appeared to respond to the backlash when she tweeted, according to BuzzFeed News, “I really don’t wake up every day trying to make you mad but somehow I manage. and u say I have no talent. that’s something I guess.”

Teigen has been bullied by trolls on a regular basis over the years, whether she was seeking some mental health therapy through working with horses (and being called out as entitled), painting her daughter’s toenails (and being accused of poisoning little Luna), or called out for accepting help with her career and family, it’s always something.

While Teigen certainly has been bullied on Twitter, she shared on Instagram that it was “not the bullying” that prompted her decision to leave. “I believe [Twitter does] all they can to combat relentless bullying, any honestly, it’s not the bullying!!” she wrote on Instagram. “You guys have no idea how much they’ve reached out and worked with my team and me personally. It’s not the platform. It’s not the ‘bullying.’ And it’s not the trolls. The trolls I can deal with, although it weighs on you.”

“It’s just me,” she added on Instagram. “I have to come to terms with the fact some people aren’t gonna like me. I hate letting people down or upsetting people and I feel like I just did it over and over and over. Someone can’t read that they disappointed you in some way every single day, all day without physically absorbing that energy. I can feel it in my bones.”

More Like This
Chrissy Teigen Gives a Cheeky Behind The Scenes Peek Into Her Pregnancy Glam Squad
Chrissy Teigen Reveals She’s Pregnant, Expecting Again With Husband John Legend
Pregnant Chrissy Teigen Cracked A Joke About Trump As She Shared A New Ultrasound Photo
Twitter Is Applauding Jennette McCurdy For Speaking Out About Toxic Mom In Memoir