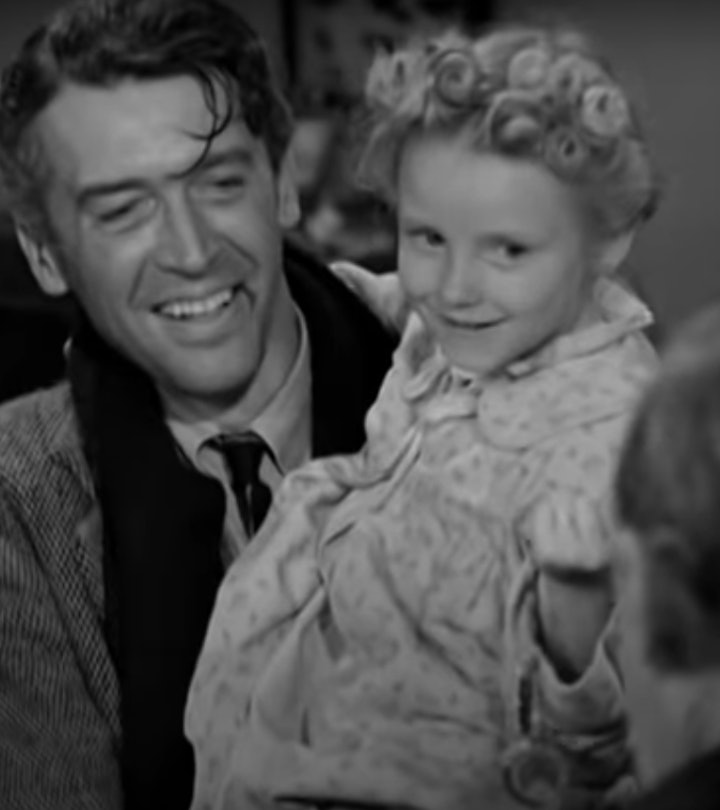 I love Christmas movies. I mean, I am but human. If you prick me, do I not bleed? If you show me cousin Eddie emptying the sh*tter, do I not chuckle? Of course I do. But recently, I've found myself watching these movies with a new eye. I've been thinking about how this past year — this heartbreaking, horror show of a year — has, in a weird way, pushed us toward the central theme of almost every holiday movie ever made.

Like most people, I have seen these movies about a billion times. I have watched Flick's tongue get stuck to a flagpole more times than I can count. I have seen Jimmy Stewart charleston into a pool over and over again. And I have witnessed Bill Murray directing someone to staple antlers to a mouse so many times, I could probably recite the dialogue in my sleep.

I know these stories by rote, which means they usually have about as much emotional impact on me as an Otezla commercial. And actually, the ad for psoriasis medication usually has more impact, as I often end up singing it for much of my day. Oh-oh-oh-Otezla!

This year, my son has had The Grinch on repeat. (The new Cumberbatch version, which would not be my first choice, but as he is the 8-year-old, I hold my tongue.) It's played as I've moved through our apartment, trying to write in snippets, and vacuum, and swallow my panic over his lack of school and playdates. It's played while I've wrung my hands over how to keep my large extended family from gathering at Christmas. And I've heard the Whos of Whoville trilling in the background, as I've debated if our local Christmas light show might be safe if we maybe wore masks and face shields?

The holidays are usually such a joyful time. But for so many of us, let's be real — this year it's been hard to rustle up that joy. This has been a year of such enormous, devastating loss. And it's difficult to not feel that weight in everything we do. Even when I was hauling out my Christmas decorations, it felt almost weirdly wrong. Was I really going to hang that grinning Santa on my front door? I eyed our Elf on the Shelf lying face down in a box, and thought how even he looked like he didn't have it in him to sit in a sink full of mini marshmallows this year. "Just leave me here in darkness," he seemed to say.

But the words of Dr. Seuss have continued to permeate our home: Christmas Day will always be. Just as long as we have we. And as saccharine as it may sound, I've found myself actually stopping, and listening to the Whos. And thinking about how, yes, it's been a horrifically hard year. But it's also been a year where I have never felt more connected to what's really important.

I have never taken so many nature walks as in the past 10 months. Yes, mainly because walking is the only activity that does't feel riddled with anxiety, but the point is it's gotten us all outside. I have never stopped so often to admire teeny birds, and boring rocks, and rosy sunsets. I have felt the warmth of my son's small hand in mine, as we've jumped over streams, and balanced on logs, and pointed out gemstones that turned out to be broken Heineken bottles, but that's OK, let's pretend they're gemstones.

I have talked to my mother almost every day since March, and instead of focusing on how many times during a call she makes me want to jab a steak knife into the sofa, I instead have really listened to the sound of her voice, and her laugh.

I have met friends to simply sit on some steps from 6 feet away and talk, and have felt the sadness and strangeness of not being able to embrace them. I have made note of the magnitude that is a hug.

My husband and I have huddled together at night and worked on puzzles. Puzzles! And I've been reminded of how lucky I am to be with someone so kind, and steady, and funny. Someone who, yes, chews his food like a starved wildebeest, but still — makes me laugh.

This year has taken so much away. But it has also reminded me of the only things that really, truly matter: The here and now. And each other. Which is exactly what the Grinch, Jimmy Stewart, Chevy Chase, Bill Murray, the entire cast of Love Actually, and yes, I guess even Arnold Schwarzenegger in the godawful Jingle All the Way try to tell us every December.

Welcome Christmas while we stand, heart to heart and hand in hand. OK, maybe not hand-in-hand right now, because *distancing,* but you get the gist. Is this cheesy and simplistic? Sure. Am I really reading into Dr. Seuss like he's Nietzsche? Maybe. But as cheesy and simplistic as it may be, the fact remains that these themes are universal, because they are true.

Though full disclosure, there is actually one classic Christmas movie I have somehow never seen. Die Hard. How I've missed it, I do not know. But I promise to sit down and watch it this year. And I feel confident that even in this tale of a terrorist takeover in downtown LA, even in its "Yippee ki yay," there is probably some central message of gratitude. I just have to stop and pay attention. I have to remember to look for it and find it in ways I wouldn't have normally anticipated. Just like the Grinch.