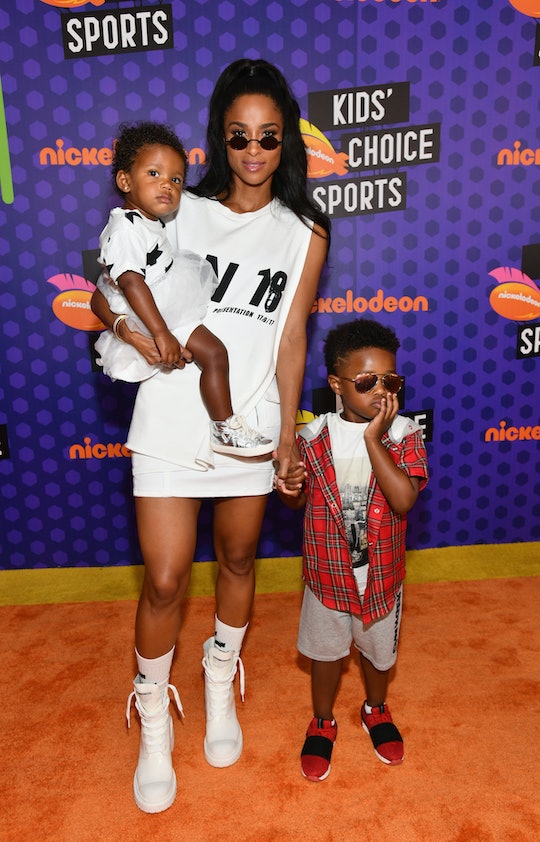 Someone give Ciara her Halloween crown already!

Ciara and her 5-year-old daughter Sienna channeled two tennis legends with their costumes this Halloween. The mommy-daughter duo morphed into Venus and Serena Williams from their infamous “Got Milk?” campaign from the 1990s and the attention to detail is impressive!

The two twinned in all black outfits with their hair styled in Venus and Serena’s signature braids with white beads. They even posed with the white milk mustache that the sisters wore in the iconic campaign. “Got Milk? The Best To Ever Do It. 🐐🐐 @Serenawilliams@Venuswilliams#CiCiSiSi#Halloween,” Ciara captioned a picture of herself and Sienna in their costumes on Instagram.

The “Level Up” singer’s fans loved the Halloween look. One commented under the photo, “You win every year! Mariah Carey is the Queen of Christmas and you’re coming for the Halloween title! Slay!” Another commented, “This is too cute 😍 I remember they had those ads in our cafeteria in grammar school.”

The original “Got Milk” ad by the sisters was shot in 1999, five years after supermodel Naomi Campbell kicked off the celebrity campaign with the famous milk mustache. In 2014, the campaign was put to rest and replaced with a new slogan called, “Milk Life.”

Needless to say, Ciara and Sienna nailed this look. This actually isn’t the first time Ciara has rocked a milk mustache this year. Last month, the “Treats” singer and her youngest son, Win, showed off their Chick-fil-A milkshake mustache in a cute video on Instagram.

Ciara and her kids really love to get into the Halloween spirit. In 2019, Sienna and her brother Future dressed up as Michael and Janet Jackson. Their custom-made costumes apparently cost between $1,200 to $1,400 according to E!. The year before in 2018, Ciara’s husband, Russell Wilson, got into the Halloween spirit and dressed as Black Panther himself. Sienna and Future, were mini versions of Nakia and Black Panther, and Ciara was the heroine, Nakia.

As for Ciara, she can do bad all by herself! Last year, the “1,2 Step” singer channeled late Mexican-American singer Selena Quintanilla and performed a rendition of her song, “Bidi Bidi Bom Bom.” She also dressed up as Chili from TLC, paying homage to the iconic R&B girl group. The year before she gave us Cardi B, remaking the rapper’s Invasion of Privacy album cover and Future channeled a mini version of Offset.

There’s no debate here, Ciara is truly the queen of Halloween!

More Like This
David Beckham Impressed Mariah Carey With His Rendition Of "All I Want For Christmas"
All The Nights The Grinch Airs On TV In 2022
Here’s How To Watch Every 'Modern Family' Thanksgiving Episode
How To Watch Elf In 2022, Including A 24-Hour Marathon