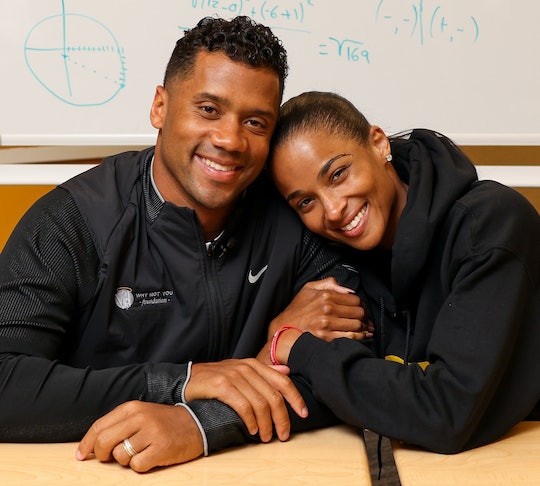 “Through this book, we hope to not only encourage kids worldwide to read but also inspire them to pursue their dreams...”

Ciara and Russell Wilson are officially children’s book authors. The couple recently announced that they’ve penned a children’s book together titled Why Not You? Illustrated by Jessica Gibson and set to be released in March 2022, the upcoming picture book’s main message is to empower our children to be leaders and follow their dreams.

“This book encourages kids to believe in themselves,” Ciara described the book in a tweet, which also featured the book cover showing two kids holding a sign that says “The sky’s the limit!” It’s a message Ciara and Wilson certainly use in their own home with their 4-year-old daughter Sienna Princess, 1-year-old son Win, and 6-year-old son Future Zahir, whom Ciara shares with her ex, Future.

Indeed, both the “Level Up” singer and the Seattle Seahawk’s quarterback said they were both taught to dream big and their goal as parents is to teach their kids the same. “As parents to three amazing children, we know how important it is to share the gift of reading with kids at an early age,” the couple said in a joint statement. “Through this book, we hope to not only encourage kids worldwide to read but also inspire them to pursue their dreams with a 'Why Not You' attitude.”

They also hope to encourage kids to “see themselves achieving their dreams, no matter how outrageous they may seem,” according to a synopsis on the publisher’s website.

Why Not You? is an extension of the couple’s nonprofit, which they launched in 2014 and has the same name. Earlier this year, Ciara and Wilson officially opened a charter school in the state of Washington called the Why Can’t You Academy. “This school is a longtime dream of ours and it was important for us to find a way to combine traditional classroom learning with community and mentorship-based activities, in order to prepare kids for the real world,” they said in a joint statement on their website. “Why Not You is based on the idea that it can start with one and our hope is that this school will be the first of many.”

Pre-orders for Why Not You are available now on Amazon, Barnes and Noble, Books A Million, and more. Hardcovers are retailing for about $19. Why Not You is slated to be released by Penguin Random House on March 1, 2022.