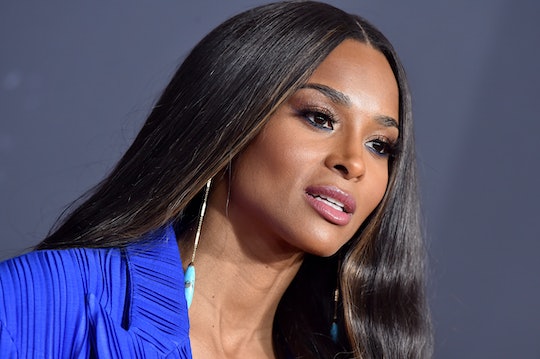 Across the country, celebrations erupted after it was finally announced that Joe Biden and Kamala Harris have won the election against President Donald Trump. Folks drank champagne, took to the streets to join others in excitement, cried several tears of joy. But Ciara's daughter's reaction to Harris' historic VP win might be the sweetest celebration of all. And, thankfully, she documented it for all of us to see.

"How amazing is it, the first woman vice president is in the White House?" Ciara asked her daughter in a video posted to Instagram. "And she's also a woman of color! It's so powerful. We can do anything we put our minds to, right?"

The 3-year-old was in full agreement. "Yeah, we can do anything we put our minds to, right?" she repeated. "Go girls! Go everybody!"

Harris made history this weekend when voters elected her and Biden to replace Trump in the White House. She will not only be the first Black, South-Asian American woman to be elected to the role, but will also be the first woman to serve as Vice President of the United States. Truly, Harris' historic and groundbreaking win has sent a clear message to little girls everywhere, like Sienna, to dream big and to shatter all the glass ceilings.

Sienna was so excited about the future to come that she jumped the gun when she said, "And the COVID is over! Yes! Yes!" While Ciara did tell her daughter that the pandemic is not quite over, there's still plenty to celebrate. "I believe Joe Biden — President Biden — is going to be the right president to put us on the right track," Ciara said. Indeed, since his victory over the weekend, Biden has already established a coronavirus task force.

This isn't the only time that the "Level Up" singer has expressed her belief in Biden and Harris. Ahead of the election, the singer encouraged her followers to vote and performed in a virtual concert supporting the Biden/Harris campaign. But shortly after their win was announced, the singer took to Instagram where she shared her own reaction to the news. "I have cried already," she said, noting how much Harris' role as vice president means to her. "It shows how our world — our country — is coming together. It's the little things that show the biggest signs of unity and people being open minded and having open hearts."