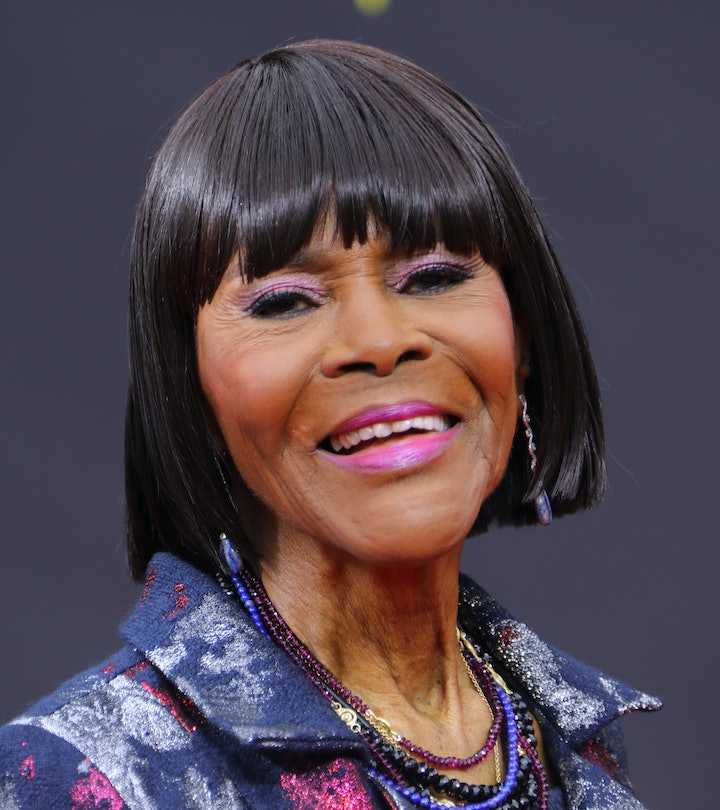 Cicely Tyson Dedicated Her New Memoir To Her Daughter, Released Just Days Before Her Death

The trailblazing actress died at the age of 96.

The world has lost another icon. Multi-Emmy and Tony-award winning actress Cicely Tyson died at the age of 96 on Jan. 28. But before her death, Tyson left one last parting gift with her countless fans, admirers, and loved ones: her memoir, which she dedicated to her daughter, Joan.

Tyson's memoir, Just As I Am: A Memoir, was released just two days before her death on Jan. 26. In it, she paid tribute to her daughter, with whom she said she shared a "precious and fragile" relationship, according to reporting from USA Today. "The one who has paid the greatest price for this gift to all," the late actress wrote of her daughter in the dedication.

Throughout her career, it was widely believed that Tyson did not have any children, but the truth was, she kept Joan largely out of the spotlight. In her memoir, according to USA Today, Tyson revealed that she gave birth to Joan when she was 17 years old.

It's not known who Joan's father is, though Tyson's romantic relationship history is. The year after Joan's birth, Tyson married her first husband, Kenneth Franklin, in 1942, when she was 18, according to The Sun. Many years after they divorced, Tyson was married to jazz legend Miles Davis from 1981 to 1988.

From arts to civil rights activism, Tyson's extensive and impressive résumé spanned over 70 years. Tyson paved the way for Black actresses when she became the first to take on a main role in the TV drama East Side/West Side in the 1960s. Other acclaimed roles include Roots (1977), The Autobiography of Miss Jane Pittman (1974), Bustin' Loose (1981), Tyler Perry's Diary of A Mad Black Woman, Madea's Family Reunion (2006), and Why Did I Get Married Too (2010). And in 2016, as CNN reported, she became the Presidential Medal of Freedom recipient. Her role as "mother" is certainly a touching addition.

Tyson was not only a real-life mother, but she was also a mother figure and mentor to many of Hollywood's elite. The Roots actress was the godmother to singer Lenny Kravitz, according to Entertainment Tonight. The 56-year-old musician penned an emotional tribute to his godmother on his Instagram, calling her "a Black queen who showed us how beautiful black is."

The late icon was also the godmother to Denzel Washington's daughter Katia, and Tyler Perry's son Aman. Perry, in fact, called the godmother to his son the grandmother he never had. "My heart breaks in one beat while celebrating her life in the next," he wrote in touching tribute to Tyson on Instagram on Thursday. "To think that she lived for 96 years and I got to be a part of the last 16 brings me great joy. She called me son. Well, today your son grieves your loss and will miss our long talks, your laughter from your belly, and your very presence. Always so regal, always so classy, always a lady, always a queen."

Most recently, Tyson portrayed Viola Davis' mother in ABC's How To Get Away With Murder. "You made me feel loved and seen and valued in a world where there is still a cloak of invisibility for us dark chocolate girls," Davis shared a photo of them hugging on Instagram. "You gave me permission to dream....because it was only in my dreams that I could see the possibilities in myself."

When announcing her death, Tyson's manager Larry Thompson asked for privacy as her family and loved ones grieve. “With heavy heart, the family of Miss Cicely Tyson announces her peaceful transition this afternoon," Thompson said in a statement shared with the Associated Press. "At this time, please allow the family their privacy."