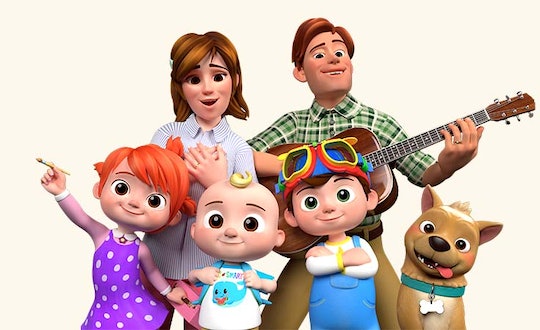 This Is Not A Drill: CoComelon Is Going On A Live Tour

And it’s starting in New York.

Toddlers should get ready to rejoice because there’s going to be a CoComelon LIVE! world tour, and it all gets going right here in the United States. That’s right, your little ones will absolutely lose it while watching their favorite CoComelon characters sing nursery rhymes and dance around on a stage right in front of their eyes.

CoComelon Live! JJ’s Journey follows your toddler’s favorite toddler JJ as he tries to write his own song and his family needs to pitch in to help. He eventually finds that using a little creativity, imagination, and asking all of the beloved CoComelon characters to help can make his songwriting dreams come true. To the tune of a total of 20 songs being sung at the live show including some new, original music. CoComelon remains the top watched show streaming on YouTube and has 119 million subscribers signing up for that particular blend of giggling babies and nursery rhymes. So you know tickets are going to go fast.

You Can Buy Tickets On Oct. 12

Tickets for CoCoMelon Live! JJ’s Journey will be available for purchase as of Oct. 12 at 10 a.m. EST on Ticketmaster.com. The live shows kick off on Dec. 4, starting at Hulu Theater at Madison Square Garden and Dec. 5 at the F.M. Kirby Center for the Performing Arts.

‘CoCoMelon LIVE!’ is going on tour.

The Tour Will Visit Many Cities

After the first two shows in New York City and Wikes-Barre, Pennsylvania, fans will have to reserve tickets for performances in Philadelphia and Pittsburgh, Rochester, Charleston, and Boston. Once dates, preferred locations, and venues have been confirmed, customers will be notified of performances. Tickets can be reserved at the CoComelon LIVE! website for $10 each, and dates for spring 20222 will be announced there as well.

Don’t see your city on the list? Don’t sweat it. The CoComelon LIVE! world tour is going to last a few years, with extra dates and cities added all the time. Fans can submit their city for consideration on the CoComelon LIVE! website, and hopefully if enough fans want the same venue it will be added. Because no one wants to miss out on JJ’s Journey, after all.