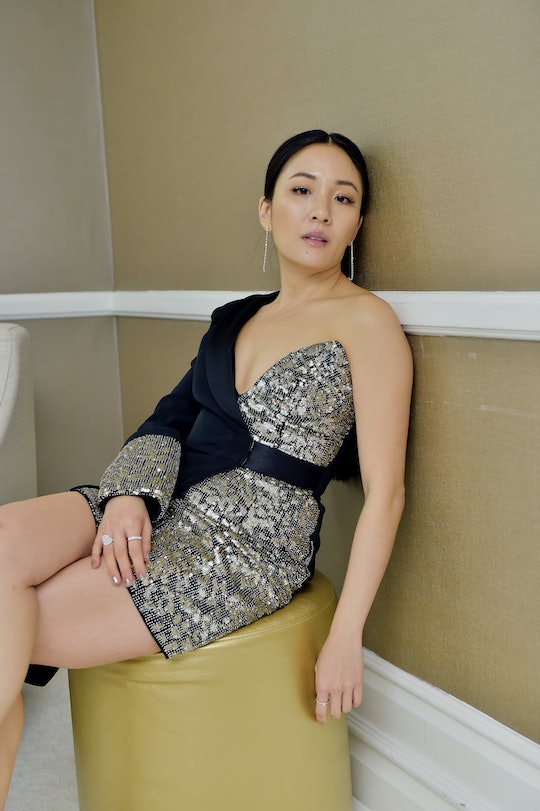 Constance Wu is head over heels for her 9-month-old daughter. The Golden Globe nominee, who stars in the Amazon Original anthology series Solos, gushed about the little girl she welcomed with boyfriend Ryan Kattner during a recent appearance on The Tonight Show Starring Jimmy Fallon, revealing that her daughter has a full head of hair and a “blue butt,” also referred to as a “Mongolian Spot.”

"I had a beautiful baby girl in August," Wu told Fallon. "She's the best, she's the best. She has a full head of hair. She has a blue butt." When asked about this blue butt, Wu confirmed that “Yes, her butt is the color blue.”

"There's this thing, I had never heard of it before but it's called a Mongolian Spot,” Wu explained to Fallon. “Apparently, it happens in a lot of Asian babies, and my boyfriend and I are both Asian. And it's where your butt is blue for like the first two years of your life, and then it just goes away."

The American Osteopathic College of Dermatology (AOCD) describes Mongolian Spot, or congenital dermal melanocytosis, as “the most frequently seen pigmented skin lesion in newborns.” The condition, which presents itself as a flat blue-grey or green-blue spot or grouping of spots, is essentially a type of birthmark common in Asian and Native American infants.

No treatment is needed for congenital dermal melanocytosis as the spots are not associated in any way with disease or cancer, according to Mount Sinai. Rather, the spots are caused by cells known as melanocytes, which are responsible for producing pigment, collecting in the skin’s deeper layers.

"Well, I just think it's a very special thing,” Wu told Fallon. “And it's not something she gets to show off while she's walking down the street — not that she's walking yet. But I thought I would just tell you about her little blue butt. It's very special."

Wu revealed that her daughter’s blue butt was so special it had even inspired Kattner, who performs in the band Man Man under the stage name Honus Honus, to write a song about it. While the Solos star didn’t go into detail about the lyrical content of that song, she did say fans could look for it on her boyfriend’s next album.

Wu and Kattner secretly welcomed their first child together in August. In the months preceding the child’s birth, neither Wu nor Kattner had announced they were expecting. In fact, news of the child’s arrival didn’t become public until December, roughly four months after the birth. Now, however, everyone knows about Wu’s baby girl and her little blue butt.