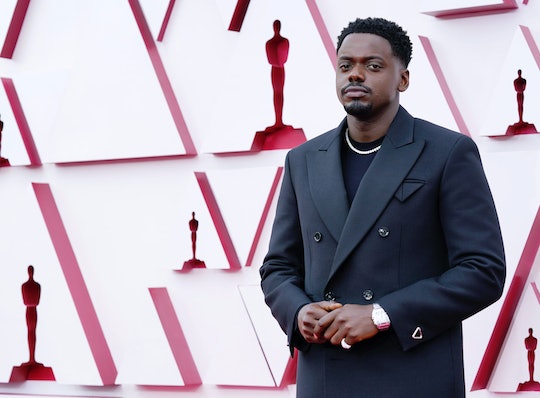 When he mentioned sex...

Imagine being a mom of an Oscar winner. At the actual Oscars. And the camera is on you and you are ready for your Moment, when your child thanks you and praises you and just generally makes a big deal. Well, when he won the Academy Award for Best Supporting Actor for his role in Judas and the Black Messiah, Daniel Kaluuya definitely mentioned his mom in a big way during his Oscars acceptance speech, but it was the rest of his speech that got the best reaction from his mom.

Kaluuya’s mom, Damalie Namusoke, was in the audience alongside his sister when he won his very first Oscar, and they couldn’t have looked more proud. Especially when the young actor almost immediately started to thank his mom in his speech. "Thank you so much for pouring into me,” he said, while going on to thank his weeping sister seated by her side.

But then he started to freestyle a bit more. To the point where he referenced his parents’ sex life in an effort to share his exuberance to be alive,. "It's incredible," the actor said. "My mom met my dad, they had sex, it's amazing. Do you know what I'm saying? I'm here, do you know what I mean? I'm so happy to be alive, so I'm going to celebrate that tonight."

Daniel Kaluuya shocked his mom by talking about her sex life in his speech at the Oscars.

The look on his mom’s face was truly priceless. She sort of leaned forward and looked to be mouthing, “What did he just say?” while her daughter hid her head in her hands and laughed. Eventually Kaluuya’s mom laughed as well, but I can tell you as a mom myself, that kind of laugh usually spells trouble down the road.

Kaluuya has often referenced his mom during interviews over the past few years. In 2018, he spoke to Jimmy Kimmel about how she “forced” him to watch Martin Lawrence’s Def Comedy Jam with her and how she’s just not excited about his success as an actor. “There’s no stable income, and she doesn’t understand the term ‘freelance,’” Kaluuya told Kimmel, going on to share how she reacted to the news for his first Oscar nomination for Get Out. “I FaceTimed her and said, ‘Mom, I got nominated for an Oscar,’ and she said, ‘Congratulations. Does this mean you’re going to have a job?”

Well, now I guess she knows what an Oscar win means for her son. He’s going to bring up her sex life during his acceptance speech. So that’s something.