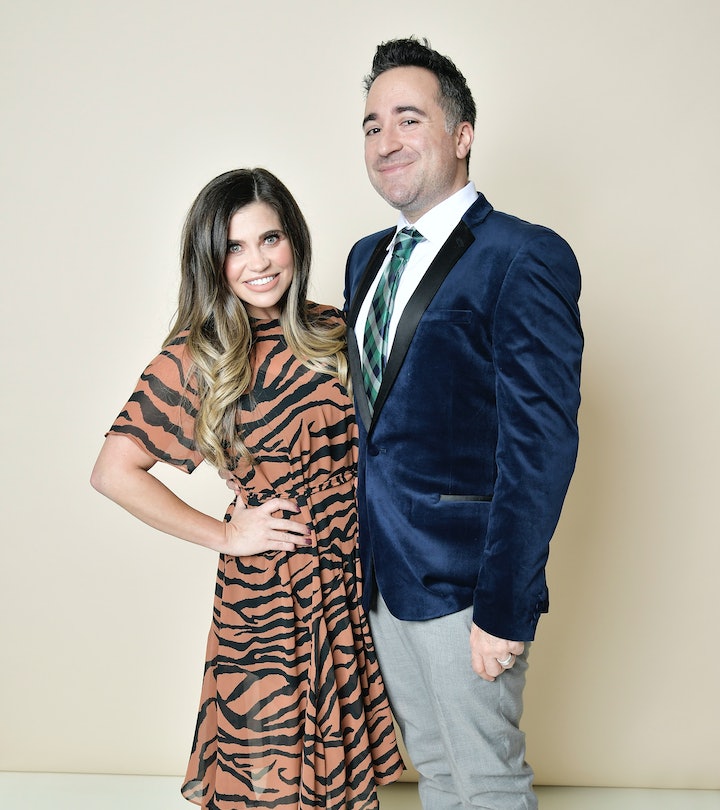 Danielle Fishel Is Pregnant With Baby #2

“I couldn’t be more grateful to enter my 40’s with my amazing husband and son, excitedly expecting the arrival of baby boy #2.”

Baby boy meets world round #2! On Wednesday, Boy Meets World star Danielle Fishel revealed she’s pregnant and expecting her second son with her husband, writer and producer, Jensen Karp, with a beautiful photo of her bump on Instagram.

Fishel made the announcement on Instagram on her 40th birthday on May 5. “I’ve never been more excited or hopeful for the next decade of my life,” she wrote. “I had a beautiful childhood, teenage years I still dream about, my 20’s were insane (and mostly miserable), and my 30’s brought me lows and highs but eventually I leveled out to a place of security.”

And now that she’s expecting her second child — Fishel and Karp are already the parents to a 1-year-old son named Adler — her 40s are getting off to an exciting start.

Not only did Fishel announce that she’s pregnant, but she revealed that she’s expecting her second son. “I couldn’t be more grateful to enter my 40’s with my amazing husband and son, excitedly expecting the arrival of baby boy #2,” Fishel revealed on Instagram. “My birthday wish is for all of you to tell someone how much you love them and walk through today with more patience than you normally might.”

Karp simply commented two baby emojis and in his own post on Instagram, the expectant dad called Fishel the “greatest mom” to their soon-to-be-two boys. “She believes in our squad and even when I held a newborn Adler like he was a fragile piece of china for the first 4 months, she had the patience and care of a saint.”

Their Son Adler Is A Year Old

Fishel and Karp welcomed Adler into the world on June 24, 2019, four weeks before his due date. At the time, Adler was diagnosed with a congenital issue called chylothorax, which Fishel described to People as “fluid build up” on his lungs. This meant the little boy had to spend some time in the neonatal intensive care unit, or the NICU, before being able to go home.

Now, almost two years later, Adler is a happy little boy who loves “catching waves” at the ocean and learning about the members of NSYNC. While it’s unclear how Adler feels about becoming a big brother, I have a feeling that he’s very happy about it.