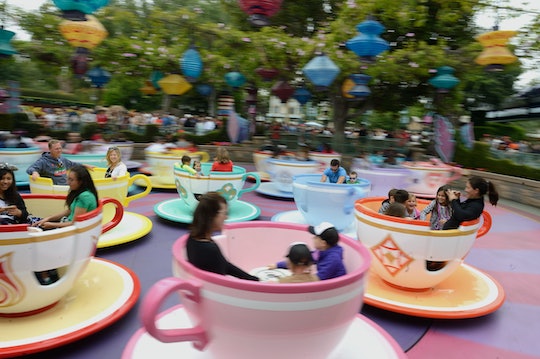 The perk comes at a price.

Guests at Walt Disney World Resort in Florida and Disneyland in California will soon have to pay for the privilege of skipping the line. While unveiling Disney Genie, a new complimentary digital itinerary service, on Wednesday, Disney also announced it would officially retire its free FastPass and MaxPass programs in favor of a fee-based line skip system. Beginning this fall, guests who want to skip the line at various Disney World or Disneyland attractions will now have to hand over an additional fee on top of their regular ticket price.

To access the Lightning Lane benefit, park guests will have to upgrade from the complimentary Disney Genie digital service to Genie+, which will also provide them with Disney parks-themed audio experiences and photo features. Guests at Disney World will also have access to augmented reality lenses with Genie+ while guests at Disneyland will gain unlimited PhotoPass downloads. But not all park attractions will be available for line skipping at a flat fee.

High-demand attractions like the Seven Dwarfs Mine Train in Walt Disney World’s Magic Kingdom Park and Radiator Springs Racers at Disney California Adventure park are not included with Genie+ purchase. Instead, for an additional to-be-determined fee, guests can skip the line and schedule ride times at two high-demand attractions. According to Disney, pricing for this feature is expected to vary by date, attraction, and theme park.

Guests who decide to stick just with Disney’s complimentary Genie service, which will be built directly into the My Disney Experience and Disneyland apps, will have access to a personalized itinerary feature Disney has promised will help take the guesswork out of figuring out what to do next. The digital service will also allow users to see current and forecasted attraction wait times, join virtual queues, make dining reservations, and place mobile food orders.

While Disney has not yet announced a specific date, both Genie and Genie+ are excepted to roll out sometime in the fall. At the moment, however, it’s unclear if the new fee-based line skipping feature will ultimately prove popular with park guests as early reactions to the news tended toward disappointment and frustration.

“Wow! Increased theme park parking fees, daily parking fees at resorts, and now paying for fast pass,” one future guest wrote in a comment on a Disney Parks Blog announcing Genie+. “Just dropped $1,300 for four 2-day hopper passes. Now you want another $120 for a fast pass. Please put the genie back in the bottle!”

Others echoed the sentiment that family trips to Disney theme parks are already expensive enough without charging added fees for every little service. “Part of what made Disney Special was the fairness of things like fast pass being included in the park ticket,” one park fan commented. “Sad to see Disney becoming more like the other parks where people with disposable income get the perks. Agree that it makes it all less magical… especially for families who were already stretching a dollar to come to this special place.”