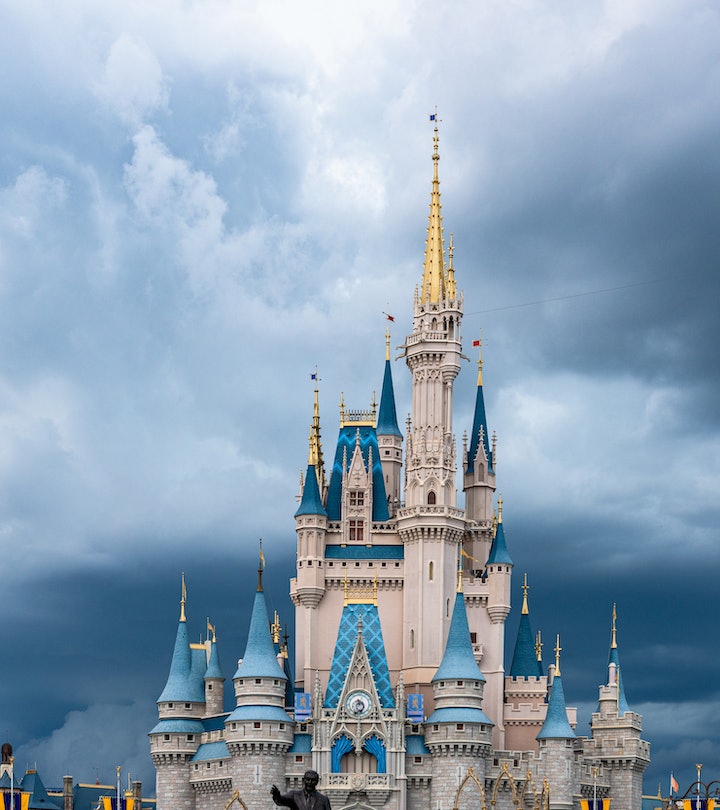 Researchers say admission to Disney World could jump by over 100% in the next 10 years.

When Walt Disney World first opened in Orlando, Florida, in 1971, guests paid just $3.50 for a one-day park ticket, nowhere near what guests pay today. Of course, it’s not altogether surprising that the cost of admission to Disney World has risen over the span of 50 years. In fact, it’s expected. But a new study from the vacation rental company KOALA, researchers estimated Walt Disney World tickets could jump more than 100% in the next 10 years, bringing the cost of a Disney World family vacation even higher.

While admission to Walt Disney once cost just $3.50, researchers behind KOALA’s Disney Parks study placed current ticket prices at $124. It should be noted, however, that the price of a standard theme park ticket for Disney World, which enables one guest to visit one park per day, can vary from day to day. At the time this article was written, for example, Romper found one-day tickets priced at $109 available in late August and throughout September. In October, however, tickets ranged from $126 to $143 before jumping as high as $159 around the winter holidays.

Still, it’s clear the price of admission to Disney World today is significantly higher than what the parked charged upon first opening in the early 1970s. Even when adjusted for inflation, the price of an opening day ticket falls at just $22.61. KOALA researchers claimed Disney World ticket prices have risen an average of 7.4% each year since the theme park first opened.

What’s more, researchers projected ticket prices will continue to rise until Disney World becomes the most expensive of all the Disney theme parks in 2031. Over the next 10 years, researchers estimated tickets to the theme park will jump 104% to hit $253 per adult. That would represent an increase of 7,134% from the $3.50 the park charged upon opening in October 1971.

Of course, Disney World isn’t the only Disney theme park to see ticket prices change dramatically since opening day. According to KOALA, tickets to Disneyland, which first opened in California in 1955, were initially just $2.50 (or roughly $24.40 when adjusting for inflation). Today single-day tickets hover around $124 following a yearly average increase of 6.09%. Should admission prices continue to rise according to that trend, researchers estimate a one-day ticket to Disneyland will cost around $223.96 in 2031.

“It’s always interesting to see how prices increase over time,” KOALA CEO and Cofounder Mike Kennedy said in a statement shared with Romper. “It’s hard to imagine the price of an adult ticket to Disneyland California was just $2.50 in 1955.”

Kennedy said KOALA has predicted that Disney parks in Asia, such as Hong KongDisneyland Resort, Tokyo DisneyResort, and Shanghai DisneyResort, will likely remain more affordable than their United States-based counterparts, although ticket prices will rise there too. Shanghai Disney in China, for example, is projected to see just a 25% increase in ticket prices between now and 2031, according to KOALA’s study.

In general, however, rising ticket prices don’t seem to be keeping families away from Disney theme parks. “Despite the steep increase in price, millions of families continue to travel to the parks each year and pay a premium to experience that Disney magic,” Kennedy said. “At KOALA, we’ve seen a steady rise in bookings to the Orlando area in particular — evidence that Disney’s trademark fun and R&R continues to be a lure, especially for families planning their post-pandemic ‘comeback’ vacations.’”