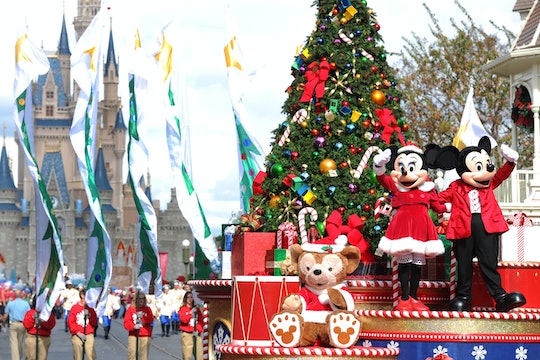 Taking place at Disney’s Magic Kingdom from Nov. 8 to Dec. 21.

Will there be a Mickey’s Very Merry Christmas this year? The short answer is no. But don’t panic: it’s being replaced with something even more spectacular that will allow you and your family to stay at the happiest place on Earth a little past the kids’ bedtime! This year, Walt Disney World is doing away with Mickey’s Very Merry Christmas Party celebration and replacing the event with what they’re calling Disney Very Merriest After Hours.

During this limited, nighttime extravaganza, Magic Kingdom’s Cinderella Castle will light up in a fireworks show that can be seen throughout the park. The air will be filled with Christmas music, snowflakes (fake snow, of course), as well as character sightings, and holiday decorations. There will also be special projections on the castle that will instantly put you in the Christmas spirit. And, of course, you’ll get to see Mickey and Minnie in their Santa hats.

Disney Very Merriest After Hours begins on Nov. 8 and runs through Dec. 21 from 9 p.m. to 1 a.m. Tickets will go on sale starting in August, which will grant you admission to Magic Kingdom as early as 7 p.m. But there will be an early purchase window available to guests of select Disney Resort hotels.

Disney Very Merriest After Hours is part of Walt Disney Resort’s 18-month long celebration of its 50th anniversary, “The World’s Most Magical Celebration,” which kicks off in October.

But those are not the only holiday treats Disney is cooking up this year. Disney Springs, Hollywood Studios, Animal Kingdom, and EPCOT will also have their own separate celebrations, including EPCOT’s Festival of The Arts.

It may still be July, but it’s really never too early to get into the holiday spirit, is it?