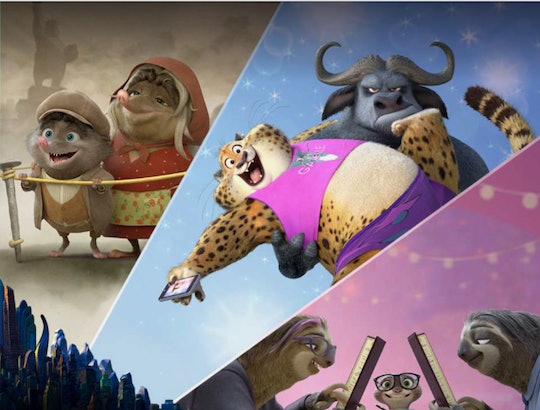 Personally can’t wait for “The Real Rodents of Rodentia.”

If there’s a kid who didn’t love Zootopia, it would come as a big surprise. Actually it would be a big surprise if there was an adult who didn’t love the Oscar-winning animated feature from 2016. There’s just something about the idea of Zootopia, a city where every animal has a role to play in society no matter their size, that was simply enticing. And now Zootopia fans are going to get the ultimate deep dive into that very city with a new series coming to Disney+. Here’s everything you need to know.

Zootopia+ will give us a deeper look at the residents of the famous city.

Remember when Judy Hopp (voiced by Ginnifer Goodwin) rode the train through Zootopia and we all got glimpses of the different neighborhoods? The camels running through the desert, the snowy mountain range, the underwater world, forests, and finally the big city? Well Zootopia+, the new series based on the original film, is all about giving fans a better look at all of those neighborhoods. A first look at images from the new series shared at Disney’s D23 Expo in June featured some familiar faces that will be returning; Priscilla (Kristen Bell), DMV sloth Flash (Raymond S. Peri) and Fru Fru the arctic shrew (Leah Latham.) Judy Hopp is back as are her parents, and a young Mr. Big is also pictured, which could point to some flashback segments.

While no trailer has been dropped by Disney+ at this point, a panel did share the six episode titles for Zootopia+ that give a pretty clear vision of what the new series might look like. And one episode in particular sounds like it has been pulled right from the Bravo network.

When does Zootopia+ premiere?

Zootopia+ will premiere on Nov. 9 on Disney+. The streaming giant has not shared details about how many episodes will be available for the first season, but judging from the episode list alone it seems like a safe bet that six episodes will be dropping.

Zootopia+ will be available to stream exclusively on Disney+. So if you and your kids have always wondered about the secondary characters in Zootopia, you’re going to want to set some time aside to watch Zootopia+ next month.

More Like This
Rubble From 'PAW Patrol' Is Getting His Own Spinoff Series Full Of "Messy Demolition"
What Parents Need To Know About The Hit Drama Western 'Yellowstone'
Exclusive: 'Firebuds' Dives Into Hanukkah Traditions In Festive New Episode
Surprise Your Kids With This Exclusive Sneak Peek At Mickey Saves Christmas