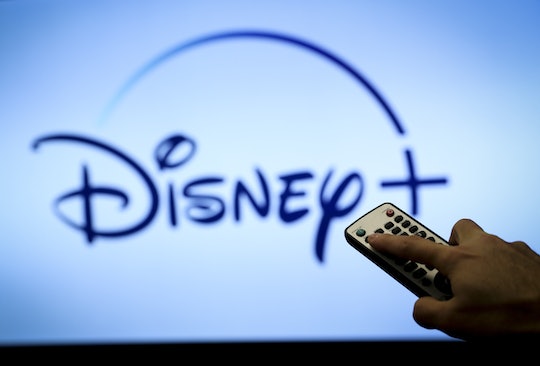 Psst! A Doogie Howser Reboot Is Coming To Disney+ In 2021

I know, I know. It seems like every time you turn around there's another series going through a reboot, a revival, a retelling, whatever. But sometimes there's one that looks really great, like the new Doogie Howser reboot coming to Disney+, which stars a new female lead.

If you didn't watch the original series that ran on ABC from 1989 to 1993, you should know this was the show that brought Neil Patrick Harris to our televisions. A baby faced NPH who solved medical mysteries every week while wearing teeny tiny scrubs. Also it was a great show to watch for inspiration if you were considering becoming a child prodigy or had dreams of becoming a medical doctor by the time you were 14 years old. Just kidding. Doogie graduated Princeton when he was 10 so it was already too late for the rest of us. But now it's time for a new Doogie.

Disney+ has decided to breathe new life into the tale of Doogie Howser by rebooting the series with a totally different younger-than-average doctor. The new Doogie is not even a Howser or a young boy, but in actual fact a 16-year-old genius. Oh and please let's not forget she is also a girl.

The New Face Of Doogie

A new Doogie for a new century.

On Jan. 14, Disney+ shared the big news that the new Doogie had been found. Actress Peyton Elizabeth Lee, the 16-year-old star of the Disney Channel's series Andi Mack, which ran for three seasons until 2019, has been chosen to play the new young doctor named Lahela "Doogie" Kameāloha trying to juggle being a teenager and being a super genius working at a hospital. In fact, the series is set to be called Doogie Kameāloha M.D.

The new series, which will be directed by How I Met Your Mother and Fresh Off The Boat's Kourtney Kang, will take place in present-day Hawaii, as Deadline reported.

Doogie Works With Her Mom

Not only does the young doctor have to try to balance her life as a doctor with her life as a teenager, she also has to work for her mom. According to The Hollywood Reporter, Doogie's family will figure prominently in the new series including her Hawaiian dad and her Irish mom, who happens to be the supervisor at the hospital where she works.

The Premiere Date Is Still TBD

While no release date for Doogie Kameāloha M.D. has been set by Disney+, the series is expected to come out in 2021, according to The Hollywood Reporter.