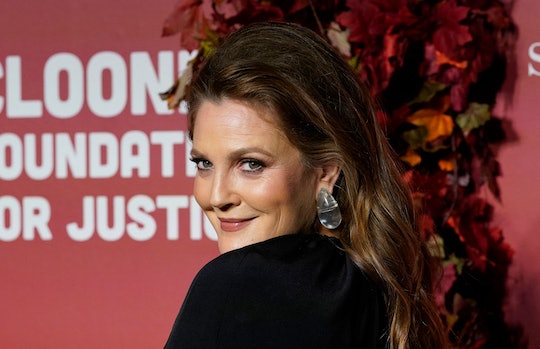 Drew Barrymore really gets what it’s like to try to date as a single mom, and people need to brace themselves because it’s not pretty. The mom of two was recently set up on a blind date on The Howard Stern Show with a man named Clarke Thorell, and apparently she had a serious revelation at the time.

Barrymore, who is co-parenting 10-year-old daughter Olive and 8-year-old daughter Frankie with ex-husband Will Kopelman, reconnected with Thorell after meeting on Howard Stern’s own version of The Dating Show, where she chose Thorell out of four bachelors vetted by Stern. She told Thorell on The Drew Barrymore Show a few days later that she had something of a revelation when they went out.

“None of the gentlemen, including yourself, have kids,” she said. “I have only dated, in the last few years, men who don't have children. I want it clean, I don't want to engage. I don't think anyone's meeting my kids, I don't know if this is going anywhere. I realized something yesterday, Clarke, which is I might live on planet parent.”

Because Thorell does not have children, Barrymore surmised, he does not live on “planet parent,” and even though his planet is “of equal awesomeness,” she believes he cannot understand her own life. “I feel like I've never gone on a date with anyone who actually understands the thing that's the most all-consuming part of me.”

Barrymore’s assertion that people without kids might not be capable of understanding how “all-consuming” parenting is really hits the nail on the head. Dating is fun and lovely and exciting, but single motherhood requires a level of focus and dedication that does not always leave room for romance. Something else Barrymore wrote about in a recent blog post explaining that she does not, in fact, hate sex as someone once implied. But that her priorities have shifted since becoming a single mom. “After two kids and a separation from their father that has made me cautious,” she wrote at the time. “I have had the pleasure of shifting my focus when it comes to love for myself and my two daughters. I know that does not include a man nor has it for a while.”

Drew Barrymore’s views on dating as a single mom might not exactly sound like the synopsis of a romantic comedy, but they are realistic. It’s difficult to be with someone who cannot understand the most important part of who you are. Priorities shift. And raising great kids is really, really worth it.