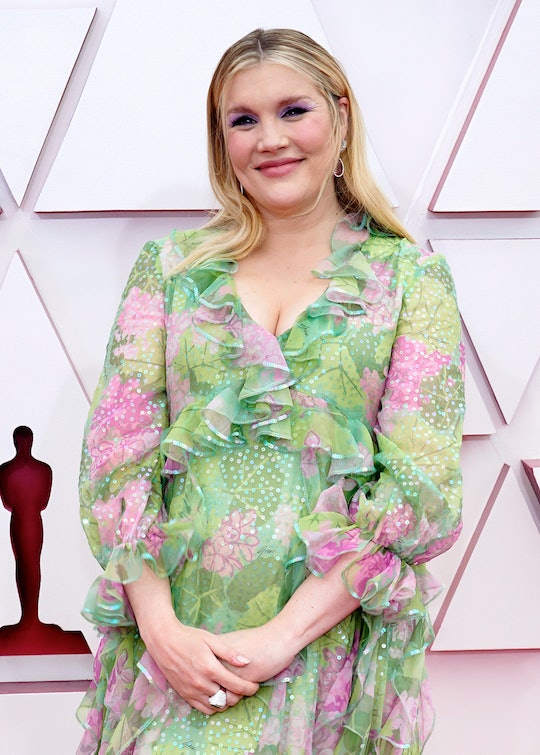 Her pregnancy writing process included “pizza out of a bin.”

She directed an Oscar-nominated movie in her third trimester, and now Emerald Fennell is out here at the Academy Awards accepting her very first Oscar. A well-deserved Oscar because let’s face it — some of us could barely make ourselves a cup of tea when we were seven months pregnant, let alone pull together what was arguably one of the best movies of the year.

Fennell told W Magazine in March that while she was filming Promising Young Woman, the directorial debut that earned her an Oscar for Best Original Screenplay, she was also going through her third trimester of pregnancy for her son during her 23-day shoot in 2019. No easy feat, as she joked about at the Oscars on Sunday night, thanking her little boy for arriving after shooting during her acceptance speech. “Thank God because I was crossing my legs the whole time.”

As if that wasn’t amazing enough? Fennell stood up to accept the first Oscar of the night and her first Oscar ever while she was pregnant for the second time, per Vanity Fair.

Fennell arrived at the Oscars on Sunday night wearing a green and pink floral dress and cradling her baby bump, looking serene and calm. Until she got on stage to accept her Best Original Screenplay Oscar when she admitted she was trying not to cry and found herself at a loss for words. As if we didn’t love her enough before, showing up at the Oscars pregnant for a second time had the internet cheering for her. “love seeing a woman winning this award,” one social media user enthused, “and being up there super pregnant and rambling is just what we need after a year like this love @emeraldfennell so much.”

Fennell did not mention her second pregnancy on Sunday night, instead opting to focus on the reason she was attending the Oscars in the first place: the five Oscar nominations Promising Young Woman had received. Her work deserves every ounce of praise being heaped on her.

What an amazing example of the untapped power of a pregnant woman who knows what she wants. Let’s stop doubting them, shall we?