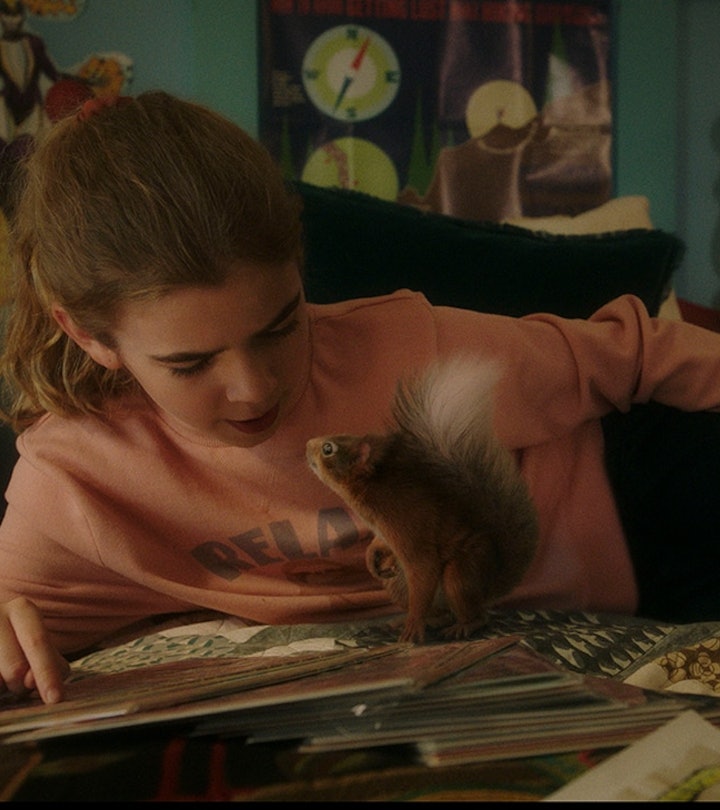 There's a squirrel with superhero powers... what more do you need?

If there's something the world could really use right now, it's a superhero squirrel. And that's exactly what we'll get — along with an exciting and sweet story — when Flora & Ulysses premieres on Disney+, so here's everything you need to know about the new movie before then.

The original Disney+ movie is based on the Newbery Award-winning children's novel by Kate DiCamillo, which tells the story of a young comic-book loving girl named Flora "whose parents have recently separated," according to Disney. At some point, Flora rescues a squirrel after he is run over by the neighbor with a vacuum cleaner and she then names the sweet creature Ulysses. The 10-year-old girl soon finds out, however, that Ulysses is no ordinary squirrel, and that he acquired some special super powers after his accident. As Disney's synopsis reads, "Flora is amazed to discover he possesses unique superhero powers which take them on an adventure of humorous complications that ultimately change Flora's life — and her outlook — forever."

Who's In Flora & Ulysses?

The Official Trailer Is Here

Disney dropped the first official trailer for the movie on Jan. 14 to give fans a taste for what's in store. In it, you see Ulysses' super powers include flying and being able to type on a typewriter. Have a look for yourself below.

When Does Flora & Ulysses Premiere?

Flora & Ulysses will be available to stream on Disney+ on Feb. 19. Unlike other new flicks, such as the new live-action Mulan, which had an original theatre premiere that was impacted by COVID-19, Flora & Ulysses, was created strictly for streaming purposes, according to CinemaBlend.

"It's hard for families to get to the movie theater. It's expensive. It's an ordeal. It's so much money. This way, you can watch it again and again," Jennie Lee, the associate producer of the movie, told CinemaBlend. "This particular story I think speaks to many age levels. If your kid's 5 or 15 or even other adults at home. Everyone can watch it. Everyone can find something they identify with. So, I think it's going to be great to just watch as a family when you're at home, hanging out, many times in a row."