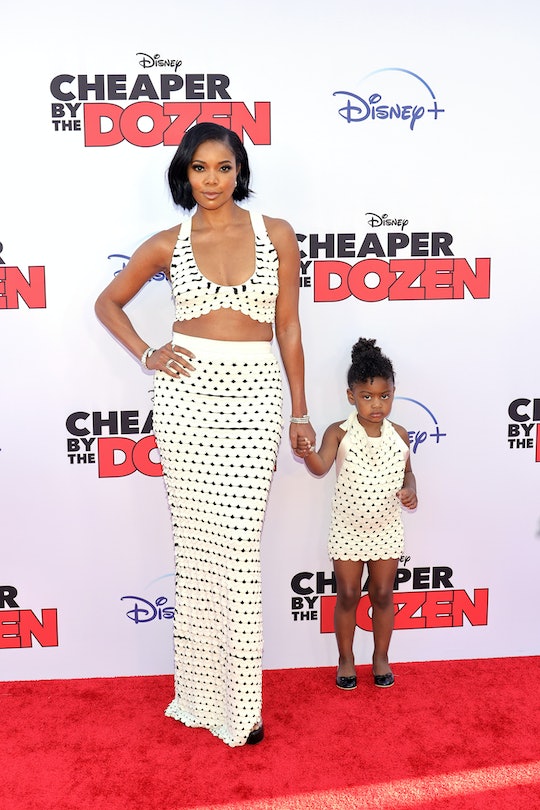 “I just feel like we put a lot of work in and it’s time to deliver.”

Gabrielle Union has joined the dance moms’ club. Yep, the Bring It On actress admitted that she may be becoming one of those very enthusiastic moms cheering from the stands now that her daughter, Kaavia James, 3, has started taking dance classes and doing recitals.

During a recent appearance on The Kelly Clarkson Show, Union and her husband, Dwyane Wade, shared a few clips of Kaavia’s dance recitals, which included a performance in a butterfly costume and a cute salsa moment. “Are y’all those parents who are like, ‘Baby, smile!’ Like, are you those?” Clarkson asked the couple.

“You know,” Union said with a shoulder shrug. “I just feel like we put a lot of work in and it’s time to deliver. You know, it’s time to deliver!” As far as being a dance mom, Union said she’s perhaps not as intense as if she were at one of her husband’s games yelling things like, “Let’s go three! Let’s go three! C’mon now! Free throws are free for a reason! Let’s go!”

“So perhaps I’m not the best dance mom,” Union added.

Wade chimed in that they give their daughter “pep talks” and said he tries to get “Kaav,” as he affectionately calls her, to focus on him during her recitals because Union may get a little too excited. “I just say, ‘That’s your mom,’” he shared. “I’ll be like, ‘Look at me, focus on me.’”

Kaavia is the youngest daughter of Wade and Union, with her own Instagram following of over 1.9 million. Many reels on her page feature Kaavia and Union styling, dancing, and clowning for the ’gram, such as a recent video of the tot jokingly portraying what’s it like to be a “seasoned woman.”

Kaavia also recently showed off her dance skills, in pink Crocs no less, against an unsuspecting stranger and came in first. In a video shared on her Instagram earlier this month, Kaavia squares off with a man at a stadium who was sitting a few seats down. “He really tried it! But I think it’s pretty clear who won this dance battle…” the caption read. Back in July, Kaavia also upstaged both mom and her sister Zaya Wade, while sashaying and modeling Beyoncé's latest clothing collection from Ivy Park. And in another fun clip, Kaavia bopped and bounced by the pool to Ciara’s new single, “Jump.”

Needless to say, Kaavia’s got the moves and is not afraid to show them. And don’t worry, her mom will be there to make sure she delivers.