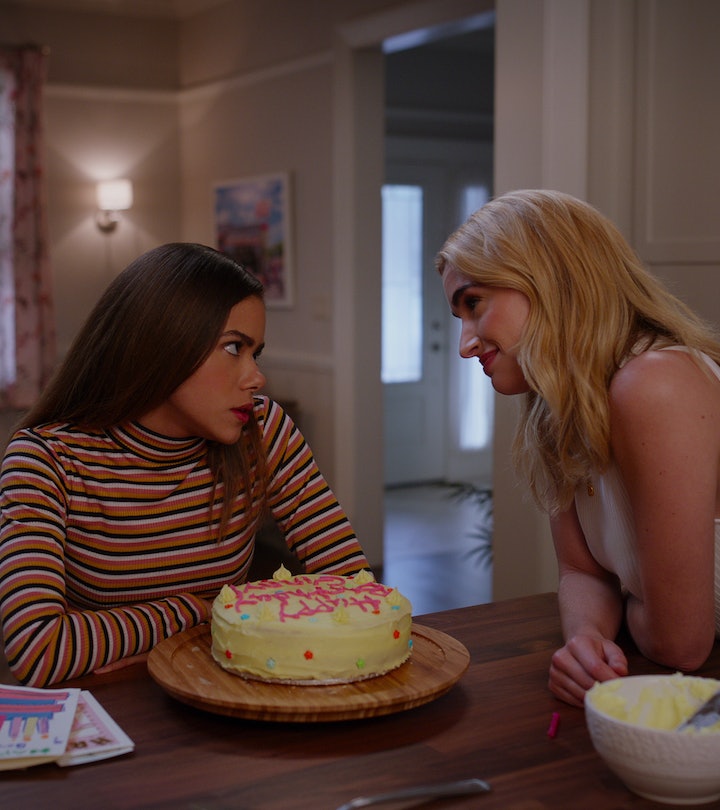 Ginny & Georgia On Netflix Is “Gearing Up” To Film Season 2

There’s so much more to Ginny and Georgia’s story to be told!

Note: Spoilers for Season 1 of Ginny & Georgia are ahead.

Seeing a realistic mother-daughter relationship on TV is rare, but Netflix’s Ginny & Georgia hits the nail on the head. It captures the emotional, heartwarming, and sometimes heart-wrenching moments that transpire between a young mother determined to give her children a better life.

The series focuses on a 30-year-old mother, Georgia Miller, played by Brianne Howey navigating the ups and downs of raising her two kids, in a small New England town, intent on starting anew. But as it turns out, it’s not as easy as it might seem.

Ginny & Georgia Has Been Renewed For A Second Season

And thank goodness it has, especially after the end of Season 1, which left off on a major cliffhanger. In the final episode of Season 1, Georgia’s teenage daughter, Ginny, played by Antonia Gentry, finds out about Georgia’s many secrets that she has been keeping from her and her brother, Austin. The season ends with Ginny and Austin hopping on a motorcycle and heading out of town, without their mom.

Netflix renewed Ginny & Georgia for a second season earlier this year for 10 more episodes, but the release date has yet to be announced. In fact, according to the official Instagram account for the show, the cast and crew are just now “gearing up to film Season 2” so you will likely see a new season of the show sometime next year.

Ginny & Georgia Will Return to Wellsbury In Season 2

Although the first season ended with Ginny leaving their new town of Wellsbury, it seems as if she won’t be staying away for too long. “We are so appreciative of the incredible response and love you all have shown for Ginny & Georgia,” executive producers Debra J. Fisher and Sarah Lampert said in a statement in April. “We’re especially grateful to Brianne and Toni, who set the highest bar every step of the way. We can’t wait to return to Wellsbury for Season 2.”

But they are also remaining quiet about what is to come. “We want to keep talking abut Ginny and Georgia for a very long time,” Fisher told Entertainment Weekly in February. “We can’t really talk about Season 2,” Lampert added. “But what I will say is, where we always wanted Season 1 to end was with Ginny protecting her mom, but by doing so, having blood on her hands.”

Meanwhile, fans can expect to see Ginny get her priorities in check after learning about her mom’s secrets. “I think she’s just scared of her,” Gentry told TVLine. “She still relies on the family comes first thing...”

Ginny & Georgia’s Relationship Will Still Be A Focus

And don’t worry, the mother-daughter-duo’s relationship will still be explored in the new season of the show. “The relationship between Ginny and Georgia is the third character in the show,” Lampert told Oprah Daily. “It lives on its own. It’s constantly changing and evolving. There are so many scenes where the two of them are communicating with each other over everyone’s head. They’re intrinsically wound.”

While you wait for the premiere of Season 2, you can catch up with all 10 episodes in the first season on Netflix right now.

More Like This
Hey Fellas, 'Ted Lasso' Season 3 Is Coming Soon
When Does 'Yellowstone' Season 5 Come To Peacock? Not Soon Enough
10 Parenting Lessons We Learned From Red & Kitty In 'That '70s Show'
Exclusive: Watch How A Group Of Princesses Save The Day In Netflix's New Animated Series
What Parents Are Talking About — Delivered Straight To Your Inbox