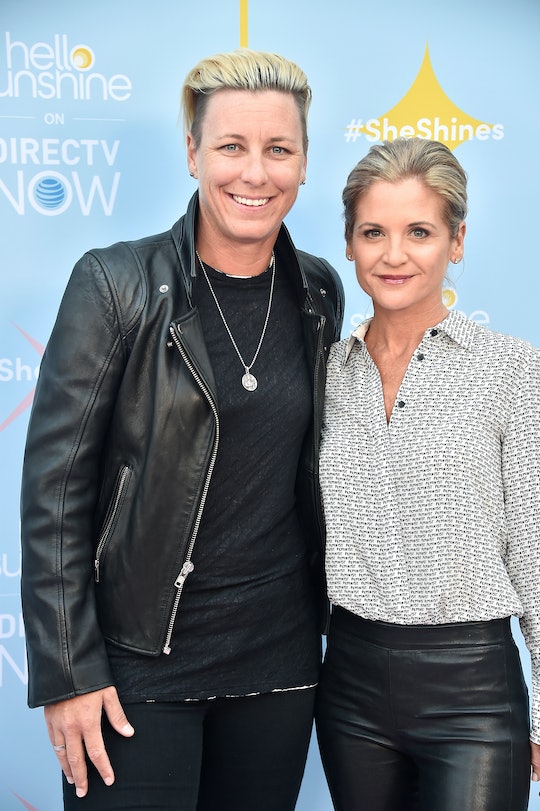 “You do not need a Pope to tell you whether your love is blessed.”

In a moving Instagram post shared on Monday, Untamed author Glennon Doyle shared a photo of her and wife Abby Wambach kissing inside the Vatican walls a few years ago after the Catholic church issued a statement on its stance on gay marriage. Doyle’s post also came with a powerful reminder that “you do not need a Pope to tell you whether your love is blessed.”

Doyle and her wife, retired World Cup soccer winner Abby Wambach, have been together since they met at a librarian convention in 2016, where, as the writer told E! News, she knew they would be together after about 10 minutes. “When Abby walked in the room, I'm telling you, it was like that [inner] voice that I had been practicing hearing and trusting [after my separation] just screamed,” she told the outlet. “My whole self was like 'there she is,' and I just knew." The pair married in 2017, with Wambach becoming a stepparent to Doyle’s three children from her first marriage: Chase, Tish, and Amma.

The pair’s happy marriage would not, however, be sanctioned by the Catholic church. In a recent statement released by the Vatican’s orthodoxy office that was published in seven languages, the Catholic church said that, while all Catholics should “welcome with respect and sensitivity persons with homosexual inclinations,” it could not bless same-sex marriages as “God does not and cannot bless sin.”

In response, Doyle shared a beautiful photo of a kiss shared with Wambach taken in front of a “massive chapel” in Vatican City. With light streaming down on the two of them, the author explained in her caption that they decided to kiss in an act of “joyful, loving resistance.” What’s more, her son Chase snapped the photo.

“As we kissed and our boy snapped the shot, a ray of light sliced through the ceiling toward us,” Doyle wrote. “We felt the heat from the light warm our lips. We actually felt it. We heard Chase say: Whoa.”

Glennon Doyle kisses her wife in the Vatican.

“You do not need a Pope to tell you whether your love is blessed,” Doyle’s caption continued. “Look inside. Do you feel love for your beloved? That love within — that IS God’s blessing. That internal tenderness for your beloved is your proof you’ve already been blessed. Her light has already found you.”

Doyle, who began her career as a Christian mom blogger, ended her post by speaking to the church directly: “Gatekeepers issuing declarations and decrees about right and wrong and what God and love are and are not? Ha. Heal Thyself, Church. We’re good.”