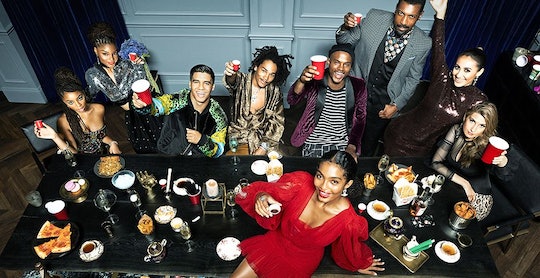 Mark Your Calendars: grown-ish Returns In 2021

Watch out world, Zoey is grown now...or is she?

Watch out world! Zoey, Aaron, Jazz, Sky, and the rest of the Cal U will be back soon. Season 3 of grown-ish returns in January 2021 on Freeform and here's everything you need to know.

According to a press release from Freeform, the second half of the third season will focus on the characters' junior year in school as they prepare to step out into the real world. Jaws have been on the ground since the mid-season cliff hanger finale back in March, when Zoey, played by actress Yara Shahidi, announced she was dropping out of school to pursue her fashion career.

The new second part of the season will zone into whether Zoey is ready for life outside of Cal U or if she still has some growing up to do. Episode nine titled "Public Announcement" picks up with Zoey after she leaves school and starts working her "dream job." But soon she learns adulting is easier said than done as she works to balance "the demands of her work life and her personal life."

The remainder of Season 3 of grown-ish airs on Jan. 21 on Freeform at 8 p.m. EST and is currently streaming on Hulu.

And don't worry, grown-ish — a spin-off of the hit ABC series black-ish — was renewed for Season 4, though no official release date has been released yet.

More Like This
20 Heartwarming Episodes To Help Prepare Your Child For A New Sibling
How To Watch 'Frosty The Snowman' This Holiday Season
Exclusive: 'Firebuds' Dives Into Hanukkah Traditions In Festive New Episode
Caillou's Mom Saves The Day In Peacock's Brand New Christmas Special