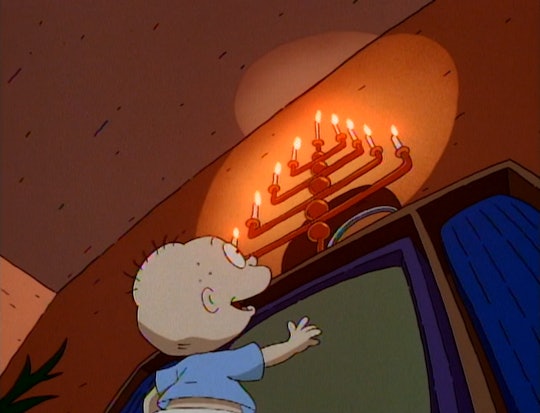 From cartoons to sitcoms, there’s something for everyone in the family.

Hanukkah is coming... and a little on the early side this year! From sundown on November 28 through December 6, families will gather to light the menorah, sing songs, eat foods friend in oil, exchange gifts, and tell the story of the Maccabees resistance against Greek colonizers. But for those who want to cuddle up with a Hanukkah movie, special, or episode of their favorite show... well, that might be a little bit of a challenge. There aren’t too many out there, at least not compared to media for another December holiday that’s also coming up...

But there’s another reason there aren’t a lot of Hanukkah movies – historically, it hasn’t been a major Jewish holiday. Oh sure, it’s fun and important in that commemorates a miracle and an inspiring tale of the importance of Jewish heritage. But as far as the Jewish holiday calendar goes, it’s not as big a deal as Rosh Hashanah, Yom Kippur, Passover or a bunch of others that non-Jews have probably never even heard of.

But Hanukkah is awesome and representation is important, and we’re determined to put together a list of some of our favorite Hanukkah movies, specials, and episodes of TV shows you can watch with your kiddos while you spin the dreidel.

More Like This
20 Family-Friendly Movies To Watch With Your Kids On The 4th Of July
Lyle, Lyle, Crocodile Is Heading To The Big Screen As A Musical Comedy
'Caillou' Is Officially Getting A CGI Reboot Whether People Like It Or Not
Viral TikTok Breaks Down How Beautifully Bluey Depicts One Character’s Infertility