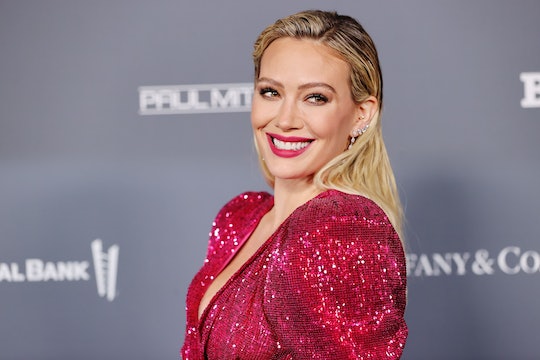 Middle-schoolers, am I right?

A new generation means a whole different set of celebrities, apparently. It’s what happens, of course. Say, a class full of middle-schoolers mistakes Hilary Duff for Lindsay Lohan. While the rest of our jaws drop in absolute shock, Lizzie McGuire herself took it in stride. And made a joke out of it, because honestly what else can you really do?

A teacher identified as Coach Flores on TikTok recently shared a viral video where she asked her students to identify a variety of celebrities from the early 2000s and if they could manage it, she would throw them a pizza party. Can you even imagine? Guaranteed pizza party right here.

Not these kids though. First they were shown a photo of Zac Efron from his High School Musical days. “Tony? Tony something?” one student said. More Disney channel stars were shown, no right answers still. But perhaps the most shocking of all was when a photo of Hilary Duff flashed across the screen. And no one got it right. “Lindsay Lohan?” one student called out.

I mean, I guess it’s an improvement over “Tony something” but how can anyone mistake the Mean Girls star for the star of Lizzie McGuire?

No pizza party for these kids. Just millions of people seeing them get their millennial celebrities wrong. Oh, and a hilarious message from Hilary Duff herself.

The How I Met Your Father star took to her Instagram Story to share a screenshot of the video with the caption, “Although it’s Hilary Duff b**ches AKA ‘Lizzie’ live it, learn it. Floral pants are back!” The mom of three also added, “Man am I happy to not have to be ‘good’ for the kids anymore.”

Duff shouldn’t feel too bad about being misidentified by the students. They thought Miley Cyrus (as Hannah Montana) was Jojo Siwa, Katy Perry, or Britney Spears. They also thought Chris Brown was Michael Jackson. TikTok users couldn’t get over it, writing messages like, “I feel old,” and “they have to be clowning.”

Another person suggested an alternative to their pizza party, “They deserve a spinach party with those answers.”

One thing we can all learn from this video of students misnaming our favorite celebrities; it is our job to teach them. Hilary Duff cannot be forgotten. Nor can Lindsay Lohan. And for the record they are, indeed, different people.