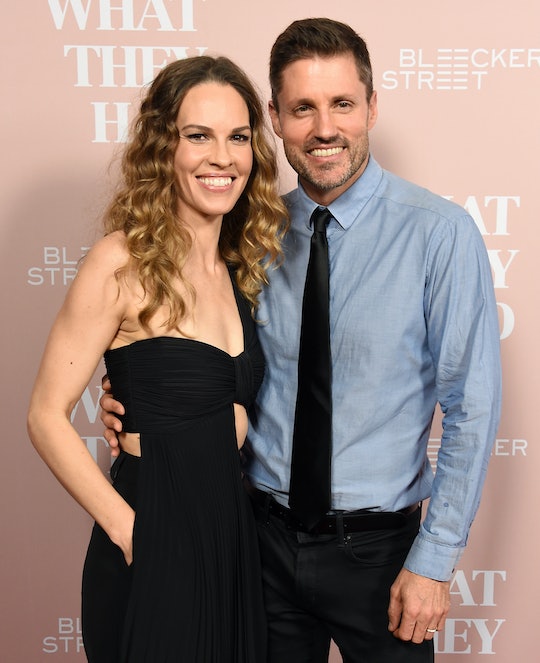 The actress and husband Philip Schneider will have their hands full in the near future!

The Million Dollar Baby is going to have two little babies of her own. Hilary Swank announced that she and husband Philip Schneider are expecting twins, which means the Alaska Daily star will be a first time mom two times over in the near future.

Swank, 48, made the announcement during an interview on Good Morning America on Wednesday. “I’m going to be a mom,” she excitedly shared. “And not just of one but of two. I can’t believe it.”

The actress went on to explain that she has been keeping her pregnancy private, but now is finding it “so nice to be able to talk about it and share it.”

The Oscar-winning star has been married to Schneider, 45, a social venture entrepreneur, since 2018. And it seems that both parents have twins in their family, Swank explained in a later interview on Live! with Kelly and Ryan, which means the couple will be doubly blessed when their babies arrive. “It's such a blessing. It's a total miracle. It's unbelievable,” Swank told Kelly Ripa and Ryan Seacrest.

While the expectant mom didn’t give many details about her twins or her due date, she did admit that keeping her pregnancy a secret caused a few issues on the set of Alaska Daily. Particularly as Swank began to show a baby bump now that she is in her second trimester.

Motherhood has been on Swank’s mind for many years. Back in 2010 she spoke to InStyle about wanting children “since a really young age,” but wanted to wait until “the time is right” to become a mom. It seems the right time is now. And Swank looks incredibly excited to become a mom in the near future. A mom times two, in fact.