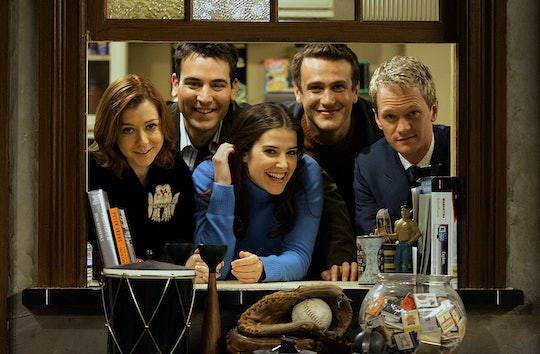 Wait For It... A How I Met Your Mother Spin-Off Series Is Coming To Hulu!

We all know the story of how dad meant mom. Well, suit up because we’re about to hear how mom met dad. The How I Met Your Mother saga continues with How I Met Your Father, starring Hilary Duff, a brand new spin-off series coming to Hulu.

How I Met Your Father will play off the original 2002 CBS comedy starring Neil Patrick Harris, Jason Segel, Alyson Hannigan, Josh Radnor, and Cobie Smulders, Deadline reported on Wednesday. How I Met Your Mother followed five adult friends living life in New York City, specifically Ted Mosby and how he ultimately met his future children’s mother between the years 2005 to 2013. The hit sitcom ended in 2014, after nine seasons.

Now, seven years later, it’s mom’s turn with a new group of friends. Duff, who is also an executive producer on the show, will play Sophie as she tells her son how she met his father. And like the original, it's also set in New York City, but this story will take place in 2021.

“Kids, I’m going to tell you an incredible story: It’s the story of how two writers got lucky enough to make their dream TV show for nine seasons and now get to pass the torch to an inspired new creative team with their own incredible story to tell, the story of How I Met Your Father,” the original series creators Carter Bays and Craig Thomas said in a statement to TV Line. “We are honored by their passion and vision, and look forward to helping them tell a legendary new story. (Thanks to all the HIMYM fans out there who waited for it.)”

In a series of videos shared on Instagram, Duff shared how excited she is to take on the role. “Where’s your suit? Suit up!” she said. “I’m excited about my job if you can’t tell.”

“As a huge fan of How I Met Your Mother, I’m honored and even a little nervous that Carter and Craig would trust me with the sequel of their baby,” Duff said in a statement to Deadline. She added that she realizes she has “big shoes to fill,” but she’s excited to slip her “6 ½’s in there.”

A premiere date has not been announced yet for How I Met Your Father, but in the meantime, quench your nostalgic feelings and catch reruns on How I Met Your Mother on Hulu, place a few slap bets, and obviously suit up.

More Like This
Catherine Reitman Calls It Like She Sees It: “Being A Working Mother Is Impossible”
Bob Saget's Daughter Shares Childhood Photo & Moving Tribute To Her "Best Friend"
'Clueless' Is, Like, Totally Still A Good Teen Movie In 2022
10 Ways Prince George & Prince Louis Are So Different From Each Other