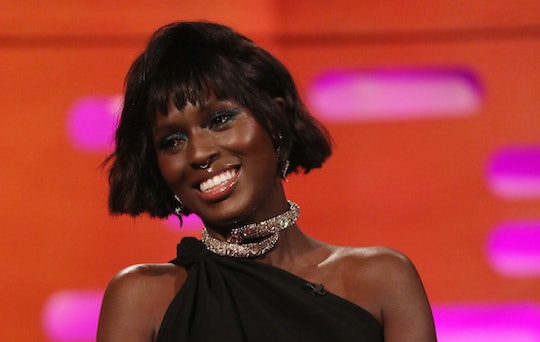 “I had just become a mother and that was what really jumped out at me, the story of Anne as a mother.”

Jodie Turner-Smith is the first Black actress to play Anne Boleyn, one of England’s most famous queens who reigned from 1533 until she was executed in May of 1536. While the actress’ casting in Anne Boleyn, a three-part mini-series premiering in the U.K., was met with racist backlash, Turner-Smith shared in a recent interview that she managed to overcome it by focusing on the bigger picture and their shared experiences as mothers.

“I had just become a mother and that was what really jumped out at me, the story of Anne as a mother,” the 34-year-old British actress told Glamour for the magazine’s first-ever hair edition. “I did know it would be something that people felt very passionately about, either in a positive or a negative way, because Anne is a human in history who people feel very strongly about.”

Anne Boleyn, produced by Fable Pictures and Sony Pictures Television, documents the final months of Henry VIII's second wife's life from her perspective until her ultimate downfall when she was beheaded by a French swordsman on May 19, 1536. The queen was found guilty of adultery, incest, and conspiracy against the king, according to History.com. Her charges have been disputed over the years and one historians told TIME it is unlikely she was accused of any of them. It seems her only crime was her failure to give the king a male heir.

Turner-Smith and her husband, Joshua Jackson welcomed a daughter together last April in a home birth. The Queen & Slim star also shared with Glamour that while she was filming she was nursing her 6-month-old daughter and was working with a team of women who understood she was as a mother while “telling the story of a mother.”

Earlier this week, the Without Remorse actress shared a peek at her portrayal of Anne Boleyn on her Instagram. One of the scenes depicted one of many miscarriages Boleyn suffered, the introduction of Jane Seymour (Henry’s third wife after Anne), and the trial that ultimately resulted in her execution.

In an interview with People last month, Smith opened up about how being mother made her advocate for herself and opened her eyes more to discrimination against women in the workplace. “Being a pregnant person taught me to advocate even harder for myself. You see the ways in which you're discriminated against as a pregnant person in the workforce. I mean, even in our business, people treat you different,” she told People in April.

But working on the set of Anne Boleyn was different. As she told Glamour, she was “working with people that have so much compassion for where I was in my journey as a mother.”

The U.K. series Anne Boleyn premieres on U.K’s Channel 5 on June 1 and there’s been no word yet on if there will be a U.S. premiere.