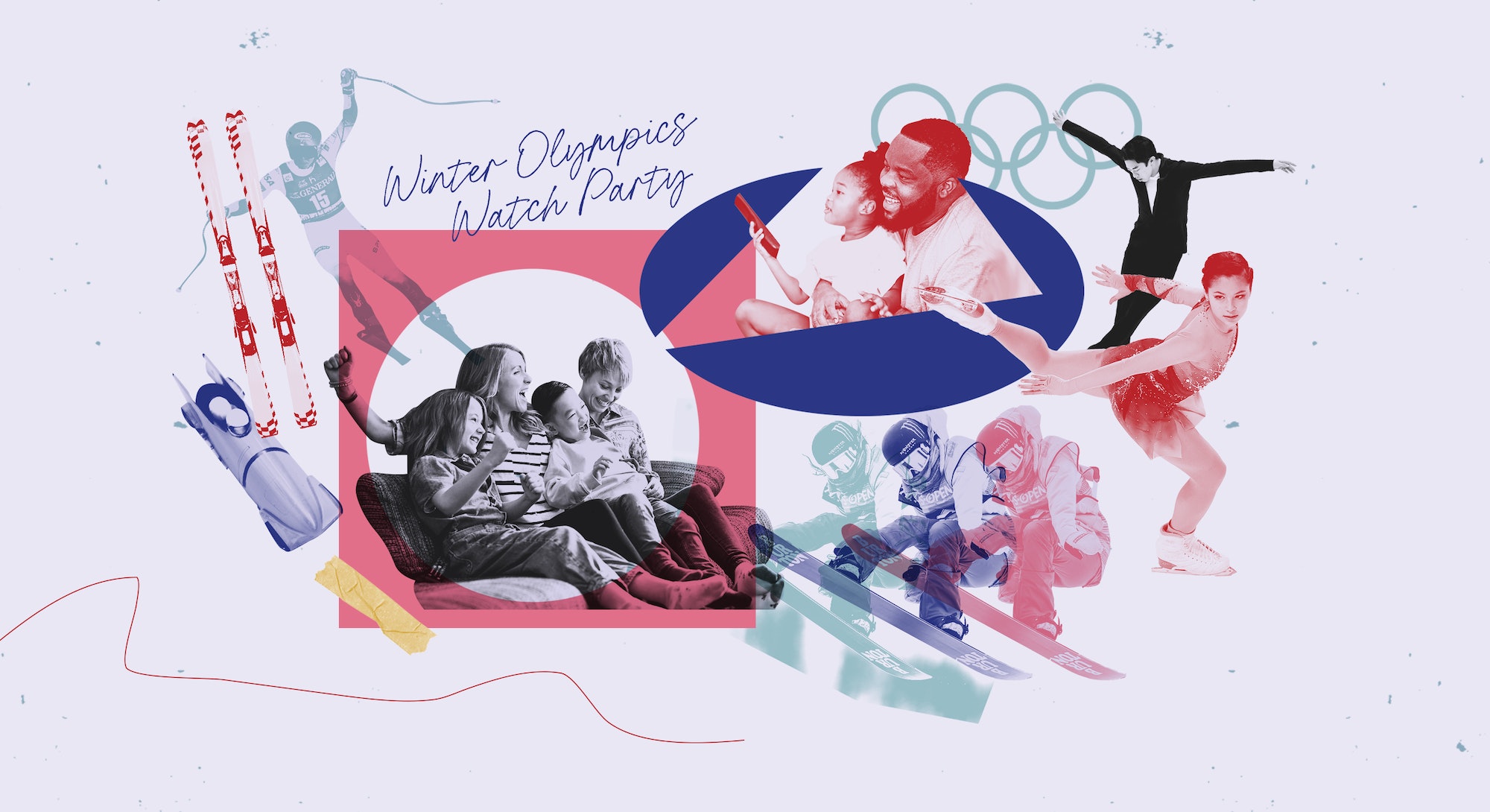 The Winter Olympics Have Officially Started — Here's How To Watch

This year’s Winter Games in Beijing began on February 4.

Only a few short months after the Closing Ceremony of the 2020 Tokyo Games, the 2022 Beijing Winter Olympics have officially begun. The Opening Ceremony, which aired early in the morning (US time) on Feb. 4, was directed by Zhang Yimou (the director responsible for the spectacular 2008 Summer Olympics opening ceremony) and featured the traditional Parade of Nations, the lighting of the Olympic cauldron, and a dazzling display of lights, fireworks, and Chinese culture.

While excitement is in the air, the ongoing Covid-19 pandemic has loomed over the Games, prompting vaccination (or quarantine) requirements for all athletes, as well as mandatory daily Covid tests. Unlike at the Tokyo Olympics, spectators are allowed, but only from mainland China — overseas spectators have been banned. But that doesn’t mean you and your little ones can’t have a great time cheering on all the athletes from your living room! But where can you watch Olympic coverage? When are all the events taking place? We’ve got you covered.

The Games will air on NBC and its affiliated networks

NBCUniversal is your one-stop shop for all Olympic coverage. The NBC broadcast network will feature 18 nights of primetime coverage, beginning on Thursday, Feb. 3, the night before the Opening Ceremony. If you’re going to watch on your TV, check your local listings. USA Network will be the “cable home” of the Winter Games.

Peacock will stream all Winter Olympics coverage on its premium tier, where fans can watch live or on demand. You can also stream live events on NBCOlympics.com and the NBC Sports app with a cable login. If you don’t have a cable subscription, you can watch NBC network coverage on the Olympic channel on Sling TV, YouTube TV, and Hulu + Live TV.

The Opening Ceremony will air live and in primetime on Feb. 4

Due to the 12 to 18 hour time difference between Beijing and the United States, fans had to wake up somewhere between 1:30 and 6:30 a.m. to watch the opening ceremonies live. And while 6:30 a.m. may be no big deal for the East Coast parents of kiddos who wake them up every day at 6 a.m., watching live gets more challenging the further west one lives. Fortunately, for all you West Coasters and “late” sleepers, NBC will also air the Opening Ceremony at 8 p.m. on Feb. 4, after which the broadcast can be found on NBC’s official Olympic YouTube channel.

Here’s when you can catch all your favorite sports

Look, we love all Olympic sports... but, let’s face it: we have our favorites. When it comes to viewership, some sports loom larger than others (please don’t be mad at us, curling: we love you!). Here’s when you can catch all your favorites (times noted in links).

There are some new events to look forward to

Freestyle skiing, speed skating, ski jumping, and snowboarding are all gaining new events this year — including men’s and women’s big air in freestyle skiing as well as more mixed team events across sports — but the new event that’s gaining the most attention is women’s monobob, a bobsleigh event.

The world of bobsleigh has been dominated by men since it first made an appearance in the Winter Games back in the 1920s. Women have never competed in 4-person teams at the Olympic level and couldn’t compete in pairs until 2002. Monobob — a bobsled that looks sort of like a racecar — will be commanded entirely by one woman. The New York Times points out that in addition to something resembling gender parity, monobob also helps to democratize the sport — in addition to the fact that the sleds themselves are less expensive (by far) than even a two-person bobsled, the same manufacturer provides all Olympic monobobs, which negates pricey technological advantages enjoyed by wealthier nations and competitors.

You can watch underrated favorites, too (#CurlingRules)

And who knows: your child may just find themselves drawn to and inspired by one of the less popular, quirkier winter sports! This may be the games that inspire future dreams of speed skating greatness!

Get your family in the spirit with Olympic-themed activities

Watching is fun, but complementing the games with some fun of your own is always a plus. Reading picture books or watching movies about the Winter Games are great ways to get kids excited about the Olympics. You can also have fun learning more about the various countries competing. If you don’t know where to start, your local library is always a good bet!

If you live in a cold-weather part of the world, why not enjoy some of the sports you’re watching yourselves? OK, maybe your 4-year-old isn’t quite ready for big air or triple axles, but skiing and ice skating or fun. Sure, your kid may not have a bobsled, but if they have a sled and a good imagination, well, that’ll do!

And, while gathering indoors with a lot of people may not be the best idea during this Omicron surge, a virtual friends watch party or small get together with (vaccinated) friends is always fun.

Again, we’re very sorry L.A. and Honolulu! But, as with the Opening Ceremony, the Closing Ceremony will re-air at 8 p.m. the same day.

This article was originally published on Jan. 24, 2022