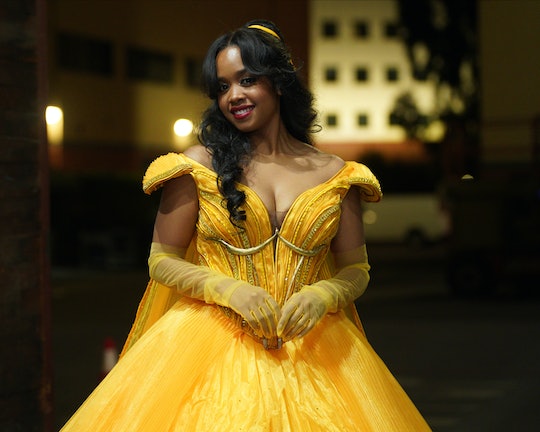 How To Watch Beauty & The Beast Live!

“There's no Filipino princesses, so to be a Black and Filipino Belle is huge.”

Three decades later, we’re still being invited to be the guest for Beauty and the Beast. On Dec. 15, Disney celebrated the 30th anniversary of the beloved animated classic with the live-action musical production, Beauty and the Beast Live: A 30th Celebration on ABC. If you missed the broadcast, here’s everything you need to know about the special and how to rewatch it again and again.

You can stream Beauty and the Beast Live! on Disney+.

Beauty and the Beast Live: A 30th Celebration became available to stream on Disney+ on Dec. 16. If you’re not already a subscriber, plans range from $7.99 to $10.99 and is included in The Disney Bundle, which has Hulu and ESPN+.

You can also watch Beauty and the Beast Live! for free on Fubo TV.

Fubo TV offers seven-day free trials for its Pro, Elite, and Ultimate plans, which means you’ll have one whole week to catch the 30th anniversary special for free. After that, plans start at $69.99 and go up to $99.99.

H.E.R. stars as Belle in Beauty and the Beast Live!

“Immediately I was like, ‘I get to wear the yellow dress!'” she told Good Morning America. “I have to wear the yellow dress — that’s going to be the moment … but I was so excited. I got to unlock a new thing within myself and that’s why I say the timing is so great.” She continued, “My inner Disney princess, which I think is this fearless and joyful and just strong and kind of brave thing within myself. I’m finding. It’s been a crazy, wonderful experience.”

To honor her Filipina heritage, costume designers painted Belle in Tagalog, the native language of the Philippines, on her apron, according to Entertainment Weekly. H.E.R also ended her performance with a personal touch with a guitar-blasting finale.

“I’ve loved every Disney princess, but I never had a favorite because I never felt as connected because I didn’t see anybody that looked like me,” the 25-year-old star told Entertainment Weekly. “There’s no Filipino princesses, so to be a Black and Filipino Belle is huge. It’s been a long time coming, and I'm happy that we're here and we’re getting to see ourselves in the people that we see on TV and film.”

More Like This
20 Incredible Movies To Watch With Your Family During Black History Month & Beyond
Marcel The Shell Is Officially An Oscar-Nominated Movie Star
Marcel The Shell Is Heading To The Oscars!
Pixar’s 'Turning Red' Is Nominated For An Oscar — Here’s How To Watch It Right Now
What Parents Are Talking About — Delivered Straight To Your Inbox