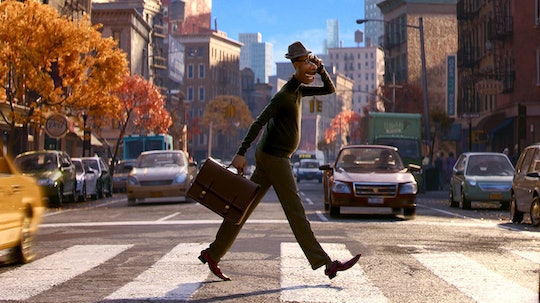 Soul Has Made Pixar History & Just Won An Oscar

Pixar's Soul has been streaming on Disney+ and warming hearts since Christmas Day. And five months later, it won the Oscar for Best Animated Feature along with receiving two other nominations. So in honor of Soul’s big win at this year’s 93rd Academy Awards, watching Soul with your family once again, or for the first time, is a must.

In Soul, Oscar-winning actor and comedian Jamie Foxx voices a middle-school band teacher named Joe Gardner who gets the chance to play at the best jazz spot in New York City. But a fall down a manhole takes Joe's soul into the afterlife, where souls are placed to get quirky personalities. While he’s there, he meets another soul named 22, voiced by Tina Fey, who "never understood the appeal of the human experience." Ultimately, Joe must show the soul why living topside is pretty cool while trying to figure out a way to make it back to his own body.

How To Watch Soul

With a subscription, Soul is available to stream on Disney+ whenever you’d like. You can access Disney’s streaming platform on smart TVs, Roku, Apple, and Android mobile devices, as well as Xbox and PlayStation games consoles. The movie was originally scheduled to be released in June of 2020, but was pushed back to a Christmas Day release on the streaming platform due to the pandemic.

Soul Has Made Pixar History

Foxx's character in Soul is Pixar's first Black protagonist, a moment the father of two does not take lightly. "This is historic. This is monumental," the 53-year-old actor told USA Today in a December 2020 interview.

"This is a remarkable, monumental character, the first African American character and it couldn't have come at a better time," Foxx later told Associated Press, reflecting on his summer involvement with the Black Lives Matter demonstration. "This is something we could all come together and take steps towards healing, put some smiles on people's faces."

Kemp Powers also made history as Pixar’s first Black writer and director as well as the first debut Black filmmaker to win a Golden Globe for an animated feature film.

This article was originally published on Dec. 23, 2020