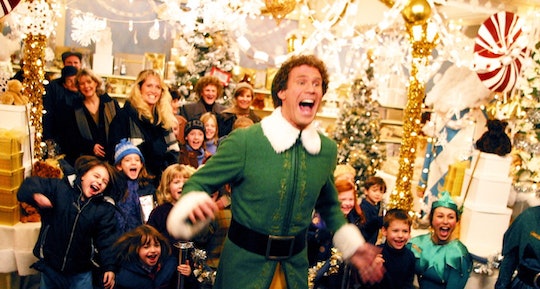 Anyone else suddenly craving some spaghetti soaked in maple syrup?

What is a holiday movie night without Will Ferrell as a six-foot elf in mustard-yellow leggings yelling Santa at the top of his lungs? The movie Elf is a must-watch every Christmas season and here’s everything you need to know to watch Elf in 2022.

Elf is a Christmas favorite!

The 2003 comedy tells the story of Buddy, played by Ferrell. When he was a toddler, he was accidentally transported to the North Pole in the back of Santa’s sleigh and was raised by his elves. After eventually discovering he is not an elf at all, he becomes curious about his origins and travels to New York City, in search of his real father, who turns out to be a stern businessman on the naughty list.

The movie also stars the late James Caan, Zooey Deschanel, and Bob Newhart, as Papa Elf and includes hilarious antics and facts you probably had no idea about (for example, two words: Peter Billingsley).

Sadly, you can no longer watch Elf on Netflix. But below are all the ways you can watch Elf in 2022, including a reminder on an elf’s five main food groups, which of course are candy, candy canes, candy corns, and syrup!

On Nov. 26, TBS will play Elf will play nonstop in a 24-hour from 6 a.m. to 6 a.m. EST on Nov. 27. Throughout the month of November, TNT and TBS will also be airing other holiday movies such as A Christmas Story, The Polar Express, Fred Claus, Four Christmases, and How the Grinch Stole Christmas.

You can stream Elf any time on HBO Max.

HBO Max subscribers can stream Elf, with plans starting at $9.99 a month, or via the HBO Max app for mobile devices and smart TVs.

You can also watch Elf on Amazon Prime and YouTube.

Elf is available to rent and stream for $3.99 on Amazon Prime Video or you can purchase it for $14.99. Also through Roku, you can watch the movie via HBO Max, ROW8, Prime Video, Vudu, Apple TV, or Redbox.

Additionally, if you are more of a YouTuber, it would only seem natural to rent it for $3.99 or buy it for $14.99, the same price as Amazon Prime.

We know there are not many options to watch for every cotton-headed ninny muggin but there are enough to kick off your holiday movie season, while “making gingerbread houses, and eat cookie dough, and go ice skating, and maybe even hold hands,” as Buddy would say.