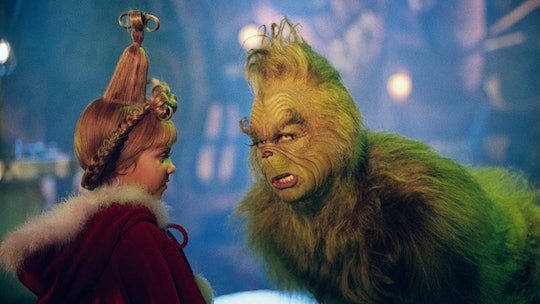 There are countless Christmas movies to watch every year, but one in particular seems to encompass the mood of 2020: How the Grinch Stole Christmas. With all the strife that's happened, aren't we all sympathizing with the Grinch a little more than usual? Thankfully, there are three versions of the Grinch you can enjoy: the animated TV special from 1966, the Jim Carrey version released in 2000, and the newest animated version from Illumination released in 2018. So here's how to watch How the Grinch Stole Christmas — all versions — in 2020.

As one can imagine, it's a bit more difficult to track down the older version of How the Grinch Stole Christmas. Unfortunately, it is neither on Netflix or Hulu. You can, however, buy a digital download on YouTube for $14.99 or rent a copy for $3.99. Or, you can purchase a copy of the film on DVD from Target for around $11.

Stream The Newer Ones On Netflix

While the 1966 Grinch is a classic (and obviously inspiration for the Carrey version), the 2000 version of the Grinch is perhaps the easiest to find. Indeed, those with a Netflix subscription can easily stream the 2000 and 2018 versions of the movie whenever they'd like.

Check Out Freeform's 25 Days Of Christmas

Those with cable can catch the 2000 and 2018 version of the film throughout the month of December on Freeform. According to Freeform's 25 Days of Christmas schedule, there are several chances to see them on the network.

The 2018 animated version starring the voice of Benedict Cumberbatch will air on Freeform on Dec. 18 and Dec. 19.

Buy Or Rent It To Stream

Sure, the Grinch is on Netflix now, but as subscribers know: all good things must come to an end. It's unknown when/if the Grinch will ever leave the platform, but just in case, there are other services that stream it with a purchase. How the Grinch Stole Christmas with Jim Carrey is available from YouTube, iTunes, Amazon Video, Google Play, and Vudu. Prices start at around $13. If you would rather rent the film, you can find it on the same platforms for around $3.99.

If the 2018 animated film, Illumination Presents: Dr. Suess’ The Grinch is more your speed, you can purchase it on YouTube, iTunes, Amazon Video, Google Play, or Vudu for $14.99 or rent it for a shortened period of time for $3.99.

How the Grinch Stole Christmas is available on DVD from Amazon for around $14, which isn't all that pricier for the purchasable streaming versions. A hard copy of Illumination Presents: Dr. Suess’ The Grinch will cost you around $5.99. For those who prefer to be a little bit old school in their movie watching, buying the DVD and ensuring your Grinch viewing for years to come is a good call.

When all else fails, YouTube is there to save Christmas. If one just wants to watch their favorite parts of both of the Grinch films (or rewatch, after viewing the film in its entirety on Netflix or Freeform), it's likely they're available with just a simple search for the Grinch on YouTube.

With all these options to watch the Grinch, there's no excuse not to see it every year and remember why it's a holiday classic.

This article was originally published on Dec. 6, 2017