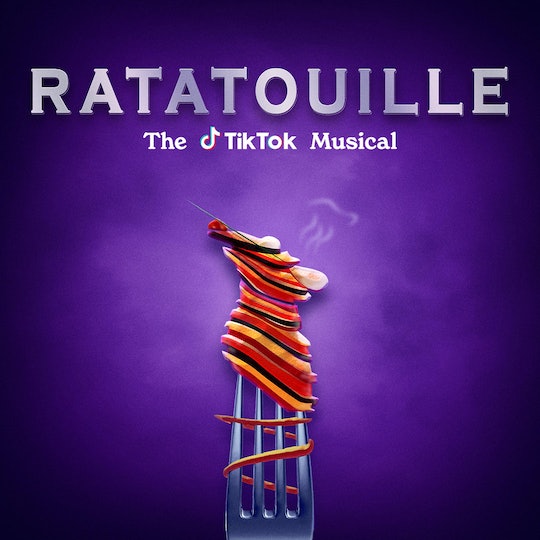 Here's How You Can Watch Ratatouille: The TikTok Musical

It's a one-day sensation, "cooked to perfection."

In case you missed the sensation of the "ratatastic" show that was Ratatouille: The TikTok Musical, you can still watch it for a limited time. But there's a fast-approaching deadline, so you'll have to act fast.

The one-time-only, crowdfunding, musical production, titled Ratatousical premiered on TikTok on Friday, Jan 1, and raised over $1 million for the Actors Fund organization and struggling thespians impacted by the COVID-19 pandemic. "Oh mon dieu! We can’t believe it," the organization tweeted. "Thank you ALL for supporting a life in the arts!

The musical was created by members of TikTok’s #RatatouilleMusical Community, according to a press release, and is based on the 2007 Disney Pixar animated movie. The TikTok rendition featured original performances from Titus Burgess as Remy the rat; Adam Lambert as Remy's brother Emile; Ashley Park as the human chef Colette; and Wayne Brady as Django. And thankfully, there's still time to watch it.

How To Watch The Musical

The now-viral production is available to watch anytime on-demand until Jan. 4 at 7 p.m. EST. Access to purchase the video will end at 5 p.m. the same day. Tickets can be purchased on the website, TodaysTix. com, and are sold in donor stipends that range from $5 to $100. After you purchase a ticket, you will receive an email with a streaming link. Again, these proceeds will benefit the Actors Fund.

You can also check out a virtual, red carpet pre-show that previously aired on YouTube. The limited-edition playbill for the musical is also on sale for $20 at ThePlayBillStore.com. And if you're feeling culinary-enlightened, you can try your spoon at traditional ratatouille, macarons, mousse or any of the Ratatousical-inspired dishes while you're watching the musical.

Can You Rewatch The Musical?

According to the musical's website, "Disney does not have development plans for the title," so it's unknown whether or not the musical will be available on other platforms like Hulu or Disney+ after today. But if you missed the deadline, you can always watch Ratatouille on Disney+.