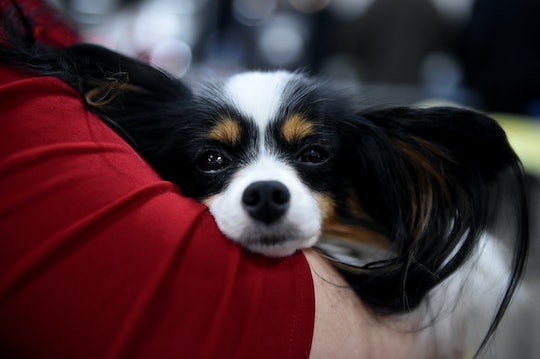 Here's How To Watch The Dog Show On Thanksgiving This Year

And find out who wins Best in Show!

If watching the National Dog Show on Thanksgiving has become a tradition in your home, you’re in luck. Watching the 2021 Thanksgiving dog show this year is as easy as pie.

This year marks the 20th year the National Dog Show Presented by Purina and hosted by the Kennel Club of Philadelphia will air on TV. Each year, thousands of dogs make their way to Pennsylvania to compete, but only one top dog gets named Best in Show. This year not only marks a milestone anniversary of the National Dog Show, but also ushers in a brand new breed, the Biewier Terrier (pronounced beaver terrier), into the toy group for the first time. So here is everything you need to know.

Watch The Dog Show On NBC

The National Dog Show will air on NBC on Thanksgiving Day (Thursday, Nov. 25) following the broadcast of the Macy’s Thanksgiving Day Parade, like it has every year, with the same great hosts: John O’Hurley, David Frei, and Mary Carillo. You will be able to watch the show on TV on NBC from 12 p.m. to 2 p.m. in all time zones. Be sure to check your local listings.

But unlike the Macy’s Thanksgiving Day Parade, this show won’t be live. The competition will be held on Nov. 20 and 21, with the broadcast airing later in the week.

Or, Stream The Dog Show Online

If you don’t have cable, thankfully there are a few other ways to catch it on Turkey Day. You can watch the competition as it airs, live, on NBC’s website, but you will need a cable log in to watch. Or, if you have subscriptions to either Hulu Live or YouTube TV, you will be able to watch the dog show on the NBC channel.

However, if cooking has become too much of a task, and the kids would rather watch some movie than a bunch of adorable dogs walk in a circle, never fear. You can catch the National Dog Show on Peacock after it airs on TV. While you’re there, you eight different episodes, spanning back to 2013, because those dog show competitors are way too cute.