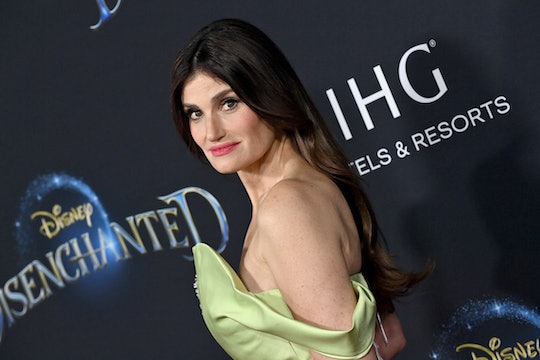 In Idina Menzel: Which Way To The Stage?, the Frozen star speaks candidly about her IVF struggles.

Idina Menzel has played many roles. Maureen Johnson in Rent, Elphaba in Wicked, and Elsa in Frozen just to name a few. But in Idina Menzel: Which Way To The Stage?, which premieres on Disney+ on Dec. 9, the triple threat shares her own personal and professional challenges and triumphs, from theatrical success and motherhood to Menzel’s IVF struggles.

In exclusive clip shared with with InStyle, Menzel reveals her history of fertility treatments and why she attempted the procedures in the first place. The documentary tells Menzel’s story set against the backdrop of a dream realized: the final performance of her 2018 tour at Madison Square Garden, a venue she’d long dreamed of playing. Menzel spoke with InStyle about the more personal side of the story told in the upcoming film, including balancing motherhood with her career (Menzel shares a 13-year-old son, Walker, with ex-husband Taye Diggs) and her fertility struggles with her second husband, Aaron Lohr. In the clip shared with the magazine, Menzel shares that at the time of filming, she’d been seeking fertility treatments “on and off” since 2016.

“I didn’t think I wanted to have a baby,” she says. “But then Aaron has been the most amazing man to my son — who has a wonderful dad — but has found a way to have his own incredible relationship with Walker.”

Menzel discusses her IVF journey in her new documentary.

Unfortunately, after countless rounds of unsuccessful IVF treatments, Menzel told InStyle that she’d given up on the idea of having another child. “At a certain time, you're exhausted emotionally and physically,” she said. “It becomes apparent that it is just time to let that go and move on.”

Roughly 33% of adults in the United States say they or someone they know have gone through fertility treatments in order to have a baby, according to the Pew Research Center. While success rates for IVF procedures have gone up in recent years — an 2021 Australian study found an 18% increase in live births after IVF treatments over the previous decade — the treatment is not a panacea for those hoping to have a baby. The Society for Assisted Reproductive Technology notes that while women under 35 can expect a 51% success rate with IVF, that number drops as the age of the patient rises. For women over 42 (Menzel was approximately 47 at the time the documentary was filmed), success rates drop to just 4%.

Menzel’s decision to include such personal scenes in the film was not done lightly. “I want women to feel like they're being seen and heard,” she told InStyle. “And for people to understand that experience a lot of us go on, how emotional it is, what it does to our bodies and how it affects us day to day, let alone trying to sing high notes and get on stage.”