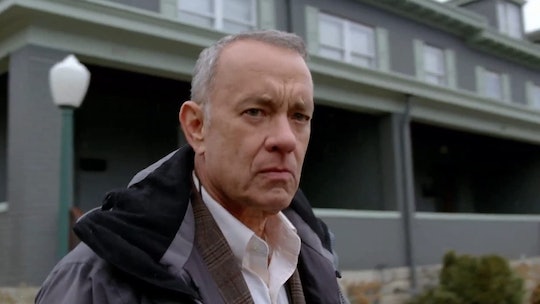 Tom Hanks stars as a grouch whose heart is melted by his pregnant neighbor.

Tom Hanks is really playing against type in the new movie A Man Called Otto. Everyone’s favorite dad is a curmudgeon named Otto, a man best described as a grump. A man who does not like change or chaos or disorder. Until his new neighbors, a pregnant woman with her husband and son, who do not give him a choice about opening up his heart. All of which sounds like a perfect book. But is it?

A Man Called Otto is based on a popular book.

A Man Called Otto is based on the 2012 book A Man Called Ove, written by Swedish author Fredrick Bachman and translated by Henning Koch. The book was on the New York Times bestseller list, and this is in fact the second film adaptation made from the original story. The book synopsis reads almost exactly like the film’s, which presumably means that director Marc Foster was loyal to the original story.

In A Man Called Otto, Otto is a rigid, cranky, strict widower who essentially rules over his neighborhood with an iron fist. He has regimented rules for everything and all of his neighbors are expected to follow them to the letter. Until a young family moves in next door, and they are not interested in his rules. Marisol (Mariana Treviño) is a quick-witted pregnant mom of one who has no time for Otto’s rules. In fact, she’s hoping he will be a friend to her husband (Manuel Garcia-Rulfo) as the family settles in to the neighborhood. And Otto, against his will, finds that Marisol might be able to open him up to a new kind of family after all.

Tom Hanks’ son Truman plays him as a younger man in the movie.

In a flashback scene from when Otto was younger, he is played by Hanks’ youngest son Truman, who he shares with wife Rita Wilson. It was a decision that was all Truman’s. “We talked about it a lot and it was all his choice, but I said to him, ‘No matter what your last name is, you are going to have to hit the marks,’” Hanks told Graham Norton, per the Daily Mail.

How can you watch A Man Called Otto?

A Man Called Otto will be in theaters across the country on Christmas Day, just when you might need a little feel-good moment.

More Like This
Marcel The Shell Is Heading To The Oscars!
Pixar’s 'Turning Red' Is Nominated For An Oscar — Here’s How To Watch It Right Now
Marcel The Shell Is Officially An Oscar-Nominated Movie Star
20 Impactful Documentaries To Stream During Black History Month & Beyond
What Parents Are Talking About — Delivered Straight To Your Inbox