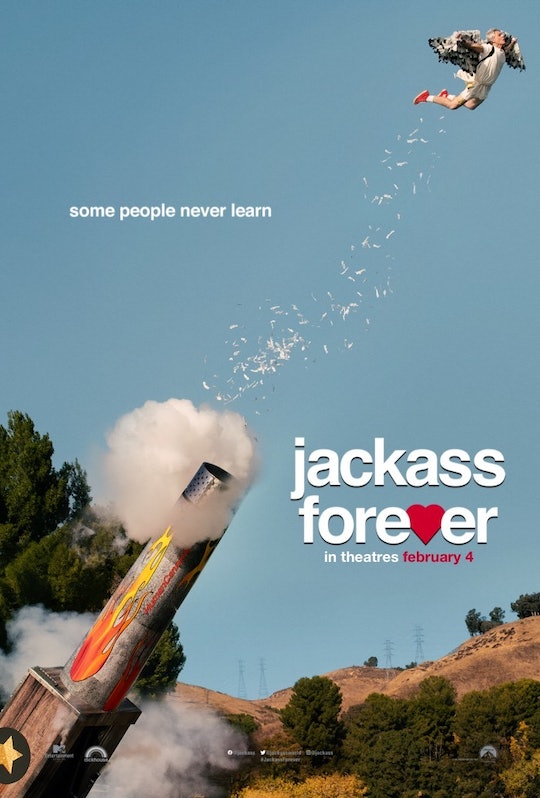 Sorry Kids, The New Jackass Movie Is Rated R For A Reason

A new Jackass movie is about to hit theaters. For those of you who don’t remember the first six movies and MTV series made under the Jackass umbrella, you might be wondering if this would be a fun movie to take the kids to go see. Silly tricks, loud noises, friends having a grand old time hanging out together. What could be more wholesome than Jackass Forever? Pretty much anything else, actually.

The Jackass franchise has been around since the television series was first created for MTV in 2000 by Johnny Knoxville, Spike Jonze, and Jeff Tremaine. The whole show, and then the movies released in the 20-plus years since, relied on one simple premise: get a bunch of adult male friends together and have them play increasingly dangerous/disgusting/outlandish pranks on each other.

Not much is expected to change in the latest installment, Jackass Forever. “Celebrating the joy of being back together with your best friends and a perfectly executed shot to the dingdong, the original jackass crew return for another round of hilarious, wildly absurd, and often dangerous displays of comedy with a little help from some exciting new cast,” the movie’s synopsis reads.

It’s Definitely Not For Kids

‘Jackass Forever’ is not intended for kids.

The new trailer sees original cast members Knoxville, Steve-O, Wee Man, Chris Pontius, Dave England, Danger Ehren and Preston Lacy return for a whole series of new pranks, along with new cast members Machine Gun Kelly, Rob Drydek, Eric Andre, and Tony Hawk. Some of the pranks include being shot out of a cannon, left in a room with bears, and a little bull fighting along with the requisite knocking over a port-a-potty while in use. Beyond the language and potential harm these men are doing to each other, imagine your kid seeing these pranks and thinking they might look fun. That alone should have parents wanting to keep their young kids away from this movie.

Jackass Forever is rated R for “strong crude material and dangerous stunts, graphic nudity and language throughout,” meaning it is not recommended for anyone under the age of 18 years old. Common Sense Media noted in a previous review of a Jackass movie that “there's no MPAA rating that would provide any useful guidance about the movie's inappropriateness for audiences of any age. Parents should know that the movie includes very disgusting and visually explicit gags.”

Jackass Forever will be released in theaters across the country on Feb. 4. If you feel up to a wild night of watching middle-aged men play pranks on each other, it’s a good time to hire a babysitter and leave the kids at home. Because this movie is definitely not for them.