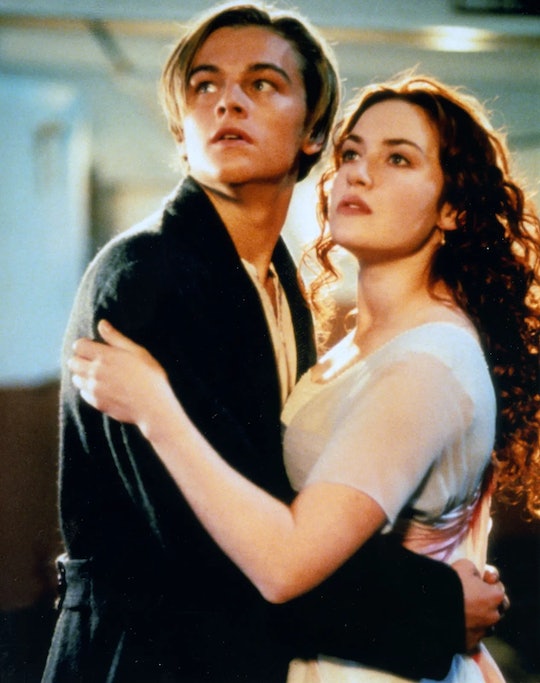 What Parents Need To Know Before Watching Titanic With Your Kids

For starters, Jack does paint Rose like one of his French girls.

Everyone has certain movies they like to rewatch time and again, and for a whole lot of people Titanic is a yearly rewatch. The 1997 James Cameron vehicle has become one of those beloved, quotable movies that most people are at least somewhat familiar with in the grand scheme of things. But if you are planning to sit down and watch Titanic with the whole family, take a minute to reconsider. Because there are a whole slew of questions that could come up that you might not be prepared to answer just yet.

The love story between Jack Dawson (Leonardo DiCaprio) and Rose DeWitt Bukater (Kate Winslet) on board the doomed Titanic is going to bring up a whole slew of difficult questions from kids on first watch. For instance, Jack is in “steerage” below deck and kept away from wealthy Rose, who is in essence being sold into marriage to wealthy Cal Hockley (Billy Zane), who is seen hitting her across the face and attempting to sexually assault her. There are questions of consent, domestic abuse, class warfare, privilege... and that’s just between Jack and Rose.

The rest of the movie actually features an alarming amount of references to suicide; one character, as the ship is going down, accidentally shoots a passenger and then himself immediately after. Yes, there is nudity when Rose asks Jack to “paint me like one of your French girls,” but her nudity and their sex scene is bound to be less upsetting than the other, darker questions. One parent took to Common Sense Media to note, “I was not concerned about the brief appearance of breasts or the violence in a historical context — but what bothered my kids the most, and was the hardest to explain for me since I was not prepared for it, was the recurrent theme of suicide.” So be aware.

The movie is based on a real event.

The fact that the movie is actually based on the very real sinking of the Titanic that saw more than 1,450 people die at sea in April 1912 will not be easy for kids to understand. Particularly when there are young people like Jack dying on screen. Although a person could argue that Rose could have moved over to let him on the floating door, but let’s not go there.

If you need one more reason to keep young kids away from Titanic, let it be this; the movie clocks in at a whopping 2 hours and 17 minutes. Couple that with all of the questions and the mature theme and yes, okay, the nudity, and it’s a hard pass for young ones.

What is Titanic rated?

Not surprisingly, Titanic has a PG-13 rating for disaster-related peril and violence, nudity, sensuality, and brief language. And yes, 13 years old feels about right for this movie.

Where can you watch Titanic?

After the kids go to bed, get a big bowl of popcorn and hunker down to revisit Titanic on Netflix. Maybe even invite your teen to hang out with you. It holds up. Just not for little kids.

More Like This
Witchy Vibes, Salty Language, & More: What Parents Need To Know About Hocus Pocus 2
15 Awesome Movies For Families To Watch During Hispanic Heritage Month
Here's Where The 'Hocus Pocus' Characters Are 30 Years Later
10 Facts About 'The Nightmare Before Christmas' That May Surprise You