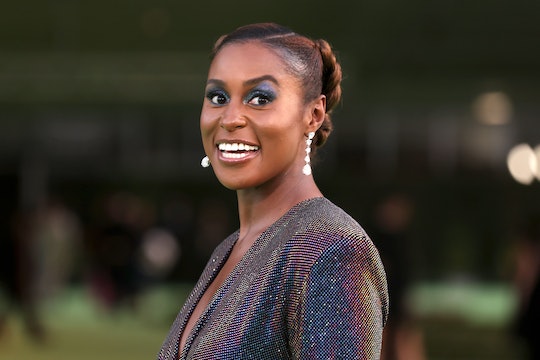 “I know it’s not the proper mentality to think that kids will slow you down, but I do feel that way.”

Issa Rae has a few more things to accomplish before becoming a mom. The Insecure co-creator and actress told Self magazine for its September cover story that she’s in no rush for motherhood right now. In fact, the 36-year-old star said she is not even sure she wants kids.

“I like my life, I like this selfishness, and I know that I have a window,” she told Self’s editor-in-chief Leta Shy. “I’ve always felt that way, that women, Black women especially — unless you’re Viola Davis or Angela Bassett — you have a window when people are going to want to continue to see you and see what you can do.”

“Then there are so many limitations placed upon you, and that does keep me up,” Rae went on to tell Self. “I want to do as much as I can while I still can. I know it’s not the proper mentality to think that kids will slow you down, but I do feel that way.”

The Little star also talked about her reasons for keeping her personal life so private, including her relationship with longtime partner Louis Diame. The couple got married in July in a beautiful French countryside ceremony. “The more I started to seep out, the more I felt like people took ownership of me and my decisions and things that I did,” Rae told Self about social media. “That's just not something that sat right with me, and I found that I don’t like to be the subject of conversations that I don’t initiate. There’s just something uncomfortable about that.”

In a 2020 interview with The Hollywood Reporter, Rae echoed those same thoughts about keeping her private life out of the spotlight. “I realized I just don’t like to be the subject of conversations if it doesn’t have to do with my work,” she told the publication at the time. “... I really value that part of my life a lot.” Indeed, Rae told Rolling Stone in April that she is “superprotective” of her relationship.

While having kids might not be on Rae’s mind right now, she’s certainly been busy. Rae just wrapped up the fifth and final season of her Golden-Globe nominated show, Insecure, which will premiere on HBO Max on Oct. 24. And although motherhood may not be part of her next chapter, she’s excited about her next gig. The Awkward Black Girl star is tapped to play Spider-Woman in the upcoming sequel to the animated hit, Spider-Man: Into the Spider-Verse.