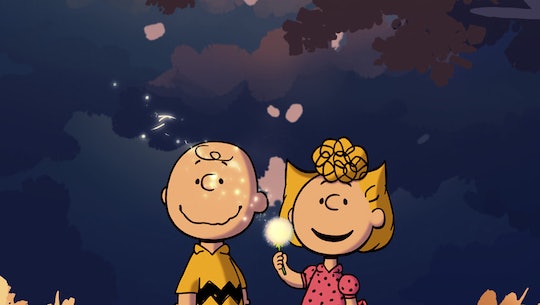 Celebrate Earth Day Peanuts-style! Coming soon to Apple TV+, a new Peanuts special called It’s The Small Things, Charlie Brown will show Charlie Brown and the rest of the Peanuts crew learning how they can help protect the environment.

Based on the classic Peanuts comic strip by Charles M. Schulz, Sally develops a special bond with a little dandelion flower on the baseball field but could “spell disaster for the big game” because Charlie Brown and the crew want to play ball.

“In celebration of Earth Day, It’s the Small Things, Charlie Brown follows Sally’s bond with a special little flower on the baseball field that may spell disaster for the big game,” the Apple TV+ synopsis reads. “For Charlie Brown and the team, it’s just the inspiration they need to make a positive impact on their environment.”

In the trailer, Charlie and the group are warming up for the game when Sally interrupts it after she spots a single dandelion in the middle of the field. She takes it upon herself to protect the flower. At first, the Peanuts are upset with Sally’s stubbornness because they really want to play the baseball game championship. But eventually, Sally’s dedication inspires everyone in the neighborhood to also take care of the lonely flower.

The trailer for It’s The Small Things premiered on Friday. It’s the latest Peanuts and WildBrain production which also includes season two of Snoopy in Space and For Auld Lang Syne.

You can stream It’s The Small Things, Charlie Brown.

You can watch It’s The Small Things, Charlie Brown on Apple TV+. Subscriptions start at $4.99 per month with a seven-day free trial. The app could be watched on iPhone, iPad, Apple TV, Mac, popular smart TVs from Samsung, LG, Sony, VIZIO, TCL, and others, Roku and Amazon Fire TV devices, Chromecast with Google TV, PlayStation and Xbox gaming systems.

The new Peanuts special premieres ahead of Earth Day.