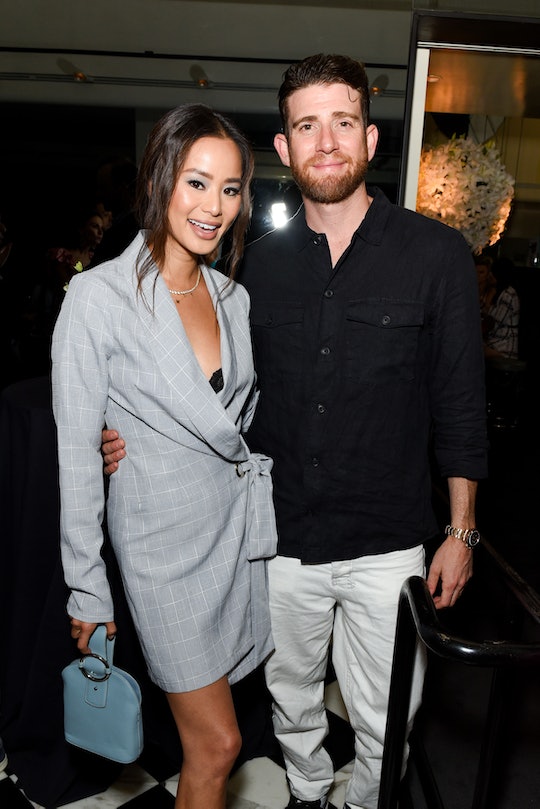 “We got double the trouble now.”

Greenberg, now 43 and who previously starred on beloved teen soap One Tree Hill, took to Instagram on Sunday night where he shared a video of him, holding his newborns against his chest. “We got double the trouble now,” Greenberg wrote in the caption of the video. Chung, 37, took to the comments of his post, where the Lovecraft Country star replied to her husband with three red heart emojis.

Greenberg’s fans, friends, and followers took to the comments of his announcement to congratulate the couple on their new arrivals. “Omg omg!!!,” Mindy Kaling, who starred with him on The Mindy Project, commented. “Congrats!!”

The couple, who got married on Halloween in 2015, had kept news that they were expecting under wraps, and have continued to keep a lot of details private; Chung hasn’t posted about the babies on her own Instagram account. It’s unclear when the babies were born or what their names are, but it’s clear the new parents are overjoyed with their two little ones.

Chung has previously expressed her desire to become a mom. “I have a bigger purpose, and I think that purpose is to raise good little humans,” Chung told Byrdie in May. “Hopefully, in five years, I’ll be one of those families with a stroller you see in the park.”

But her journey to motherhood hasn’t been a walk in the park. During an April 2019 episode of E!’s Hollywood Medium with Tyler Henry, the medium told Chung that she would face “some hurdles” in her journey to becoming a mother. “Because of my age...you know, it’s always a question of, like, should I wait, should I do it now?,” she said. “It’s literally the topic that I think of waking up and it’s the topic that I think of when I’m going to sleep.”

In March 2019, the Real World: San Diego star had opened up about starting the journey to freeze her eggs. “I have the best life partner a person can ask for and I know I want to one day raise a child with Bryan. I’m just unsure when that will happen,” she wrote. “And I realized that’s OK. It’s OK to be unsure when the time is right.” Well, it seems that time is now. Congratulations to the happy couple!